The Jaguar F-Pace is almost here and while not everyone is excited about it, every true petrolhead should be. First of, it is the first SUV or crossover Jaguar ever produced and it will be much the same looking machine as the concept C-X17 Jaguar revealed a few years ago. And you know what!? That little concept car looked amazing. The real deal will too.

Apart from that, the new Jaguar F-Pace will bring a whole lot of enjoyment and emotion into the world of Jaguar cars. The powerful exhaust note you can hear in this video means only one thing – a turbocharged V6 with at least 340 HP. Yes, that is the same engine as in the magnificent Jaguar F-Type and that is something we all have to respect. On the other hand, the F-Pace has been in development for quite some time and Jaguar obviously wants to do a proper job with it. That is why we have seen it testing in different places all over the world. It visited the driest parts of the desert and the coldest parts of Sweden and it came back alive and ready to do everything all again. Meticulous engineering, exceptional styling and rather sinister look made the first Jag crossover already a winner. We expect it’ll steal quite a few buyers from BMW, Audi and Mercedes because the UK cars of today are far more advanced, better sorted out and nicer than they ever were.
Showcasing the driving dynamics, Jaguar revealed that the new Jaguar F-Pace is capable of putting a smile on your face regardless of its high riding position or off-road suited suspension. We cannot wait to see it on the road and in metal. It’ll be a crossover of choice for many.

The Jaguar F-Pace is almost here and while not everyone is excited about it, every true petrolhead should be. First of, it is the first SUV or... 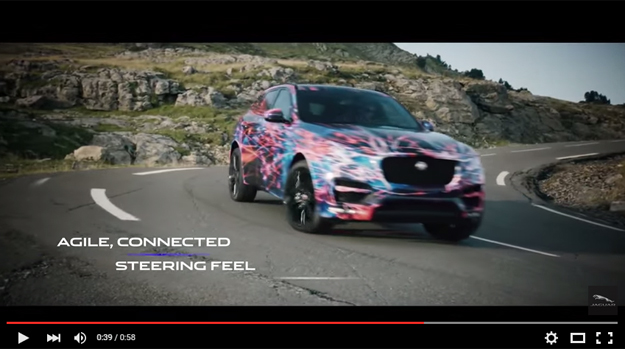