This video was captured in Dubai and despite the fact that the narrator speaks Arabic you should take a good look at it. First video properly depicting the prototype version of the upcoming Bentley SUV Bentayga demonstrates all the important things about this vehicle. Here, you can see how big it is among other cars on the street, what is its shape and how does the actually prototype look.

As we already know, Bentley said that their first SUV Bentayga will be the world’s most exclusive, most powerful and fastest SUV. While we have no doubt that they’ll do all in their power to accomplish that, some other companies already strive to outperform Bentley in their task. Interestingly, only a few weeks ago Jeep officials reported that they are thinking about building the Jeep Grand Cherokee SRT Hellcat. What they are saying is that the Grand Cherokee Hellcat could receive a 6.2 liter supercharged engine developing 707 HP from the Challenger Hellcat. From what we know up until this point, Bentley does not dispose with an engine of such power. Actually, at the presentation of the new Volkswagen Group six liter bi-turbo W12 engine, it was reported that this is the engine that will be used for the Bentayga. Although it is a magnificent piece of technology, it develops only 608 HP which is 99 HP less than the Hellcat engine.
Other information about the Bentayga suggest that this SUV will be the first Bentley to receive a magnificent new V8 diesel engine. That would be the first time in history for a Bentley to be available with a diesel engine. And not only that, hybrid will be an option as well. New times are coming, no question there. Bentley with a diesel will be a powerful blow to the face of classic Bentley fans. The question is, how will they take it!?

The New Bentley SUV Finally Caught On Tape In Dubai

The New Bentley SUV Finally Caught On Tape In Dubai

This video was captured in Dubai and despite the fact that the narrator speaks Arabic you should take a good look at it. First video properly... 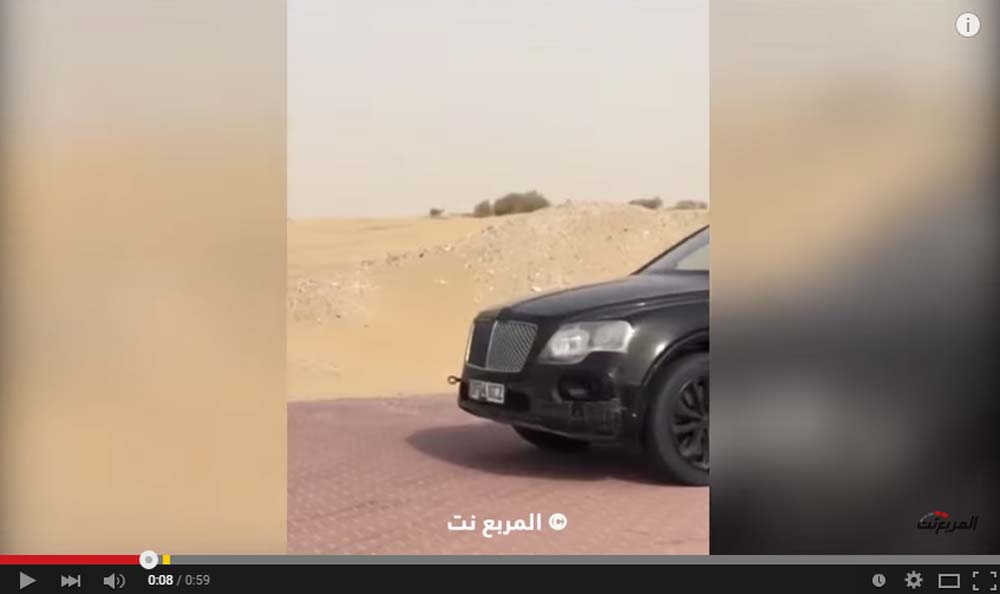