The 2015 Audi R8 V10 was revealed only a few weeks before. The newest car was built on the success of the first generation revealed back in 2008 and now it delivers performance to match its incredible look; these days its pedigree is of an entry level supercar. Now, we have a footage of the fastest Audi R8 V10 Plus thundering on the Nurburgring and showing its might next to some of the best race cars around.
The newest R8 V10 Plus is basically a rebranded Lamborghini Huracan with a few rather nice unique touches which differentiate the R8 from the Lamborghini car. What is the same is the V10 5,2 liter engine developing 610 HP. Mighty naturally aspirated unit is probably the last engine of this kind to be used by an Audi sports car and it seems that the Germans wanted to make it as good as possible. The video shows the R8 V10 Plus thundering the Green Hell in search for the best possible tune and it seems that the car is absolutely well sorted out and well balanced.

Despite the maximum attack on every corner the new R8 remains flat, well planted and rather aggressive thus demonstrating its track worthiness. Audi revealed earlier that the vehicle is capable of reaching 62 mph in 3,2 seconds while the top speed is at 205 mph. Interestingly, the acceleration of the Lamborghini Huracan is a bit more aggressive. Lambo can apparently hit 62 in less than 3 seconds.

The 2015 Audi R8 V10 was revealed only a few weeks before. The newest car was built on the success of the first generation revealed back in 2008 and... 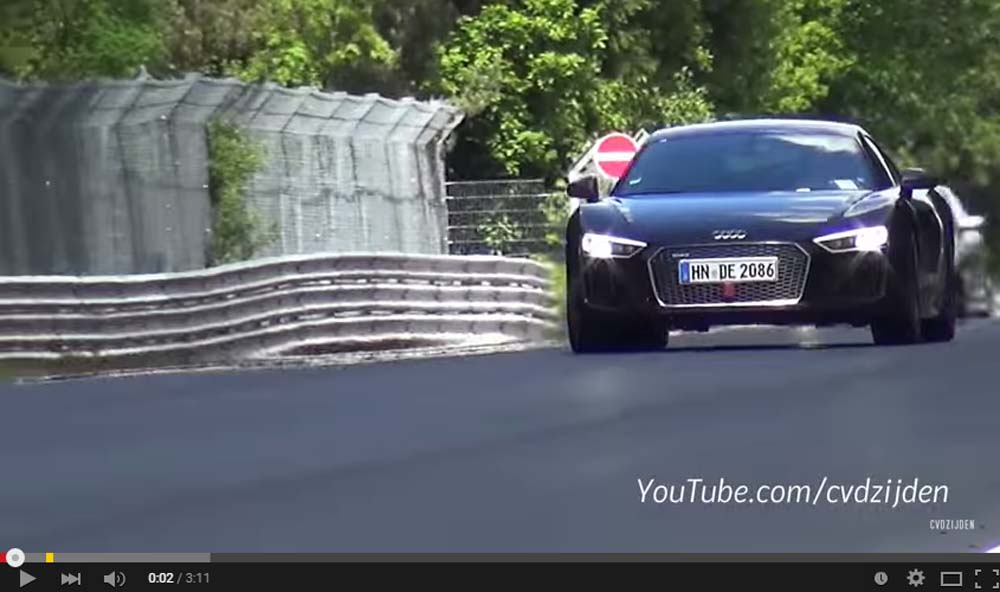