Back in 2011, the Swedish producer of exclusive sports cars Koenigsegg set out to make a statement. They’ve made an astonishing record by accelerating the Agera RS to 186 mph and decelerating to null in exactly 21,19 seconds. That was a feat never achieved by anyone else since and the Koenigsegg remained the ultimate ruler of the record. Now, however, they have a new car – the Koenigsegg One:1 and it is possibly the most astonishing piece of technology on the road (apart from that new Koenigsegg Regera of course). With a power to weight ration of 1 to 1 (1,360 HP and 1.360 kilograms), the Koenigsegg One:1 is capable enough for making almost unreal runs.

Tested at the Koenigsegg test track in Sweden, the One:1 was put through its paces and the final results are staggering. The new car accelerated to 186 mph (300 km/h) in 11.922 seconds and decelerated to zero from that speed in 6,032 seconds. The combined time is 17,95 seconds making the Koenigsegg One:1 the fastest production car in history to make such a feat.
Koenigsegg even reported that they’ve made even faster runs on 8th June when they were testing it. Basically, if they add up all the fastest times they’ve achieved, the Koenigsegg One:1 could theoretically pull 0-300-0 in staggering 17.49 seconds.
All in all, here we have a chance to see the fastest and the most amazing car worth pulling out feats thought impossible only a few years ago. We can’t wait to see what the new Regera is going to make when Koenigsegg finally start to test it and to publish the results. That car has 1.500 HP and its electric hybrid. It should go like hell.

Back in 2011, the Swedish producer of exclusive sports cars Koenigsegg set out to make a statement. They’ve made an astonishing record by... 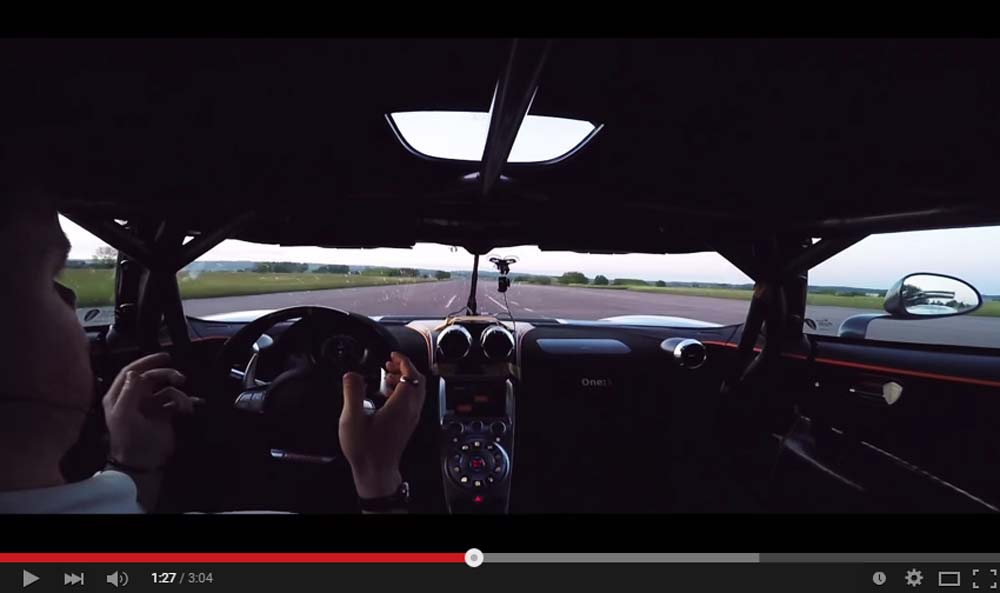