Not only have they trashed the record at the Suzuka track in Japan, but it seems that Koenigsegg with their best and fastest car – the One:1 is looking to make every track in the world their own proving ground. The magnificent car whose weight (1.361 kilograms) corresponds to the engine power (1.361 HP) has the speed no other car can match (watch here how sick it is).
This time they were trying to compete against the clock on the Spa Francorchamps where they’ve faced a problem. Everything was ok with their car and the conditions were great for such a feat, but after a couple of laps the guys maintaining the track called the car in and asked the Koenigsegg team to have a chat. It turned out that there is a noise limit on the track. 103 dB is the maximum noise a car can produce there, but the Koenigsegg One:1 is apparently much noisier than that.

Interestingly, Koenigsegg shipped the car back to Sweden, made adjustments to the exhaust and got it back to the track. Even though they’ve made the best time ever on the Spa, the second time they went out they clocked the time of 2:32.14 minutes which is 5 seconds faster than any other production car that has ever driven on the Spa Francorchamps.
Koenigsegg is definitely making a progress unlike any other car company in the world. Riding on the success of his cars, Christian von Koenigsegg even thinks about building smaller “normal” cars with the technology they’ve developed building the hypercars. Who knows what the future holds. It is known that the new Koenigsegg Regera will be even faster than the One:1. Actually, it will be a whole lot faster and it may just rewrite the books of sports car making.

Not only have they trashed the record at the Suzuka track in Japan, but it seems that Koenigsegg with their best and fastest car - the One:1 is... 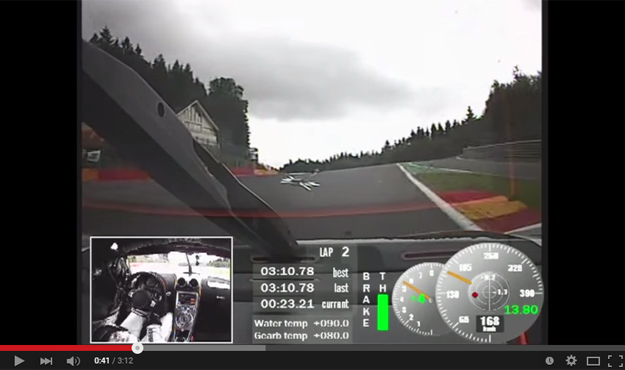