This time next year Bloodhound SCC team will try something no other human being has ever tried – to hit 1000 mph in a jet powered car probably on some dried out lake somewhere in the US. If they succeed that will be a feat as impressive as the Moon landing. Pulling out 1000 mph in a car means that the guys making the car and the guy driving it have to be rather brave and very smart. They are actually so smart that they’ve acquired a Jaguar F-Type R Coupe (the most powerful of its kind) to test the parachute system that will be used for slowing down the mighty Bloodhound SCC.

If you ask is the Jag is up to the task, than you should know it is powered by a V8 supercharged engine developing 550 HP. With it, the beautiful coupe can hit 186 mph. Even with the parachute rig strapped to it, the R Coupe is capable of achieving that speed, although the guys testing the parachute deployment system did it at 180 mph.
Testing proved that the parachute can make wonders for slowing down a car that travels 1000 mph. Although they deployed it at 180mph, the chute made the “instantaneous drag force equivalent to one tonne.”
The driver of the car and land speed record holder Andy Green said: “Being able to validate the parachute systems in a safe and controlled manner using a high performance Jaguar F-Type sports car gives great confidence to both me and Bloodhound’s Engineering Team.”

This time next year Bloodhound SCC team will try something no other human being has ever tried - to hit 1000 mph in a jet powered car probably on... 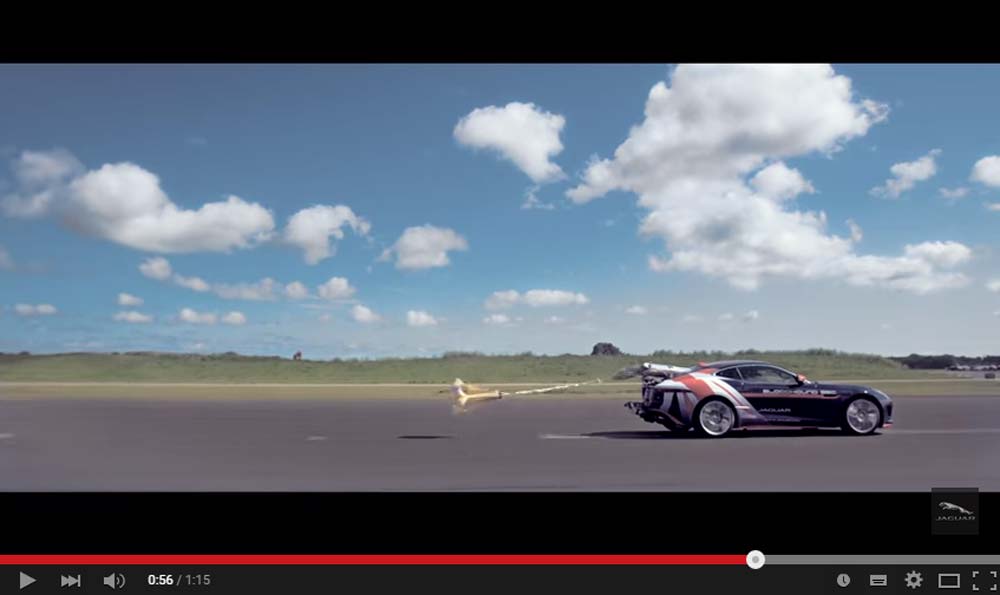