After Porsche revealed the Cayman GT4 and 911 GT3 RS, Porsche enthusiast thought that is it. They got their most powerful and fastest non 911 Porsche which had so much power and so little weight that it could almost hit 186 mph. However, Porsche has one more “non 911” car which, in its final iteration looks and feels like a proper Porsche and not just a hair-dresser car.

According to this exciting video in which a narrator states there are 5 billion road curves in the world, the new Porsche Boxster Spyder is ready to tackle them all. Really, there isn’t an official record about the number of curves on the roads, but as Porsche is made by the same people whose railroad timescale is almost perfect we are certain that the Germans did the math and calculated the right way the approximation.
The car they want you to take for a 5 billion curve hunt features a 3.8 liter 911 sourced six banger developing 375 HP. Even though the engine develops 10 HP less than that in the Cayman GT4, the acceleration is,nevertheless savage. 4,5 seconds are needed for it to hit 60 mph and the top speed is at impressive 180 mph. Apart from the engine, the Porsche Boxster Spyder features high performance brakes sourced from the 911, new steering calibration, better suited suspension which brings the car down to the ground by additional 0,8 inches and less weight than ever before. This just might be the “Porschest Porsche of them all”.

After Porsche revealed the Cayman GT4 and 911 GT3 RS, Porsche enthusiast thought that is it. They got their most powerful and fastest non 911... 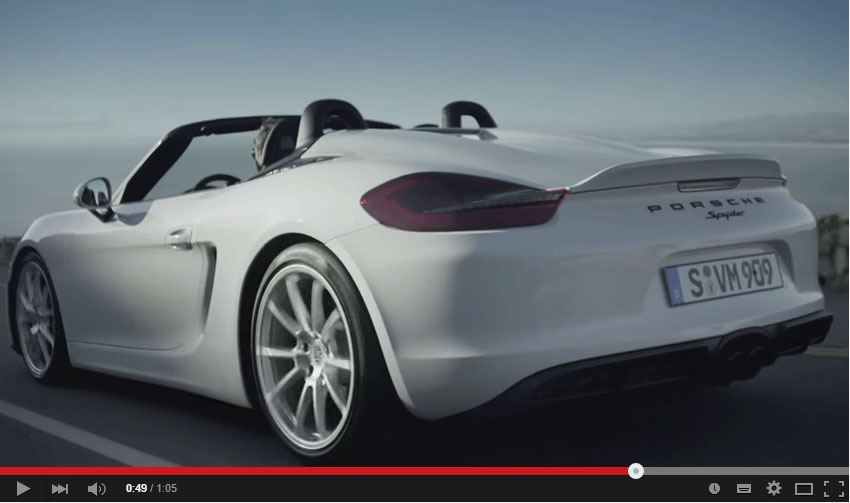