Regardless of the Volkswagen cheating emission scandal dubbed the DieselGate by the media, the largest European car producer is continuing their efforts with development of the new exclusive Bugatti. As we all know, the last Bugatti Veyron has been sold in March – the La Finale, and the new one – the Chiron is getting ready for its unveiling sometime next year. Basically, the whole car world is waiting for something exceptional to happen in the world of Bugatti. Will it be a hybrid!? Should it continue with an upgraded W16 engine, how much power would it have!? All these questions will be unanswered for months to come.

What, on the other hand, will not be a secret are the looks. The Bugatti Chiron will inherit a lot of the styling gear from the recently revealed Bugatti Vision Gran Turismo. The angry, brutal character and sheer drama surrounding it sparked a flurry of imagination of anyone who expected to see a new car. Finally, it was caught by a car fan who happened to be just in the right place at the right time.
This short video depicts the Bugatti Chiron development prototype trying to fit into a narrow gap between a lorry and a stone wall. The driver was working really hard and his efforts were not in vain. We are not sure whether we would like to be in his place. Imagine the pressure.
The revealed car looks disturbingly similar to the Vision Gran Turismo revealed earlier. Obviously, since car fans liked the Vision Gran Turismo very much, Bugatti designers wanted to use as much of styling causes from it as possible. Even though this is our first proper look at this prototype, we are desperate to know what tech will the machine bring!? Could it be powered by an W16 helped out by electric motors?! 1500hp will almost surely be on tap for it.

Regardless of the Volkswagen cheating emission scandal dubbed the DieselGate by the media, the largest European car producer is continuing their... 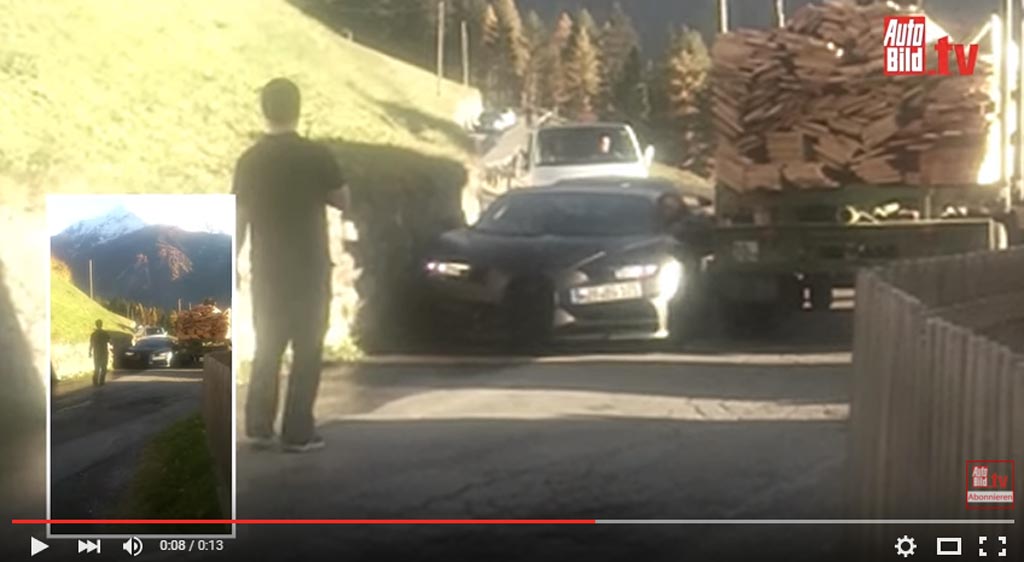