Last week we’ve shown you the footage of an amazing Ferrari 288 GTO. Not a lot of them were made and that car was a predecessor to the Ferrari F40. It is hard to think which one of them was better and more important for the prancing horse, but one is for sure, even in the Eighties, Ferrari was making some of the most astonishing four wheelers in the world. One of them was the Ferrari F40 LM Barchetta.

To explain to you what car this is we will simply say: if the Ferrari F40 is a Colt, than the Ferrari F40 LM Barchetta is a Gatling Gun. It is that good, it is that awesome and it is 21-century-fast. Only one was produced and the owner kept it in a secret garage where prying eyes couldn’t peek in. But now, the car is revealed in all its glory and we see it here in this amateur video thundering down the track and being filmed for some very important show.
The Ferrari F40 LM Barchetta is something like a Ferrari F40 stunt car. It has no roof, its weight is less than 1.800 lbs and the power twin turbocharged 2.9 liter engine produces 760 HP. So, its quite a machine. Even though we do not know the exact performance of the thing, it has been suggested that the F40 LM Barchetta can achieve 230 mph, which is simply, mind boggling. Look at this awesome machine thundering down the track. It’s spectacular.
However, this car is not built entirely by Ferrari. It is a custom built vehicle created on the basis of the Ferrari F40, but even that doesn’t make it any less spectacular.

Last week we’ve shown you the footage of an amazing Ferrari 288 GTO. Not a lot of them were made and that car was a predecessor to the Ferrari F40.... 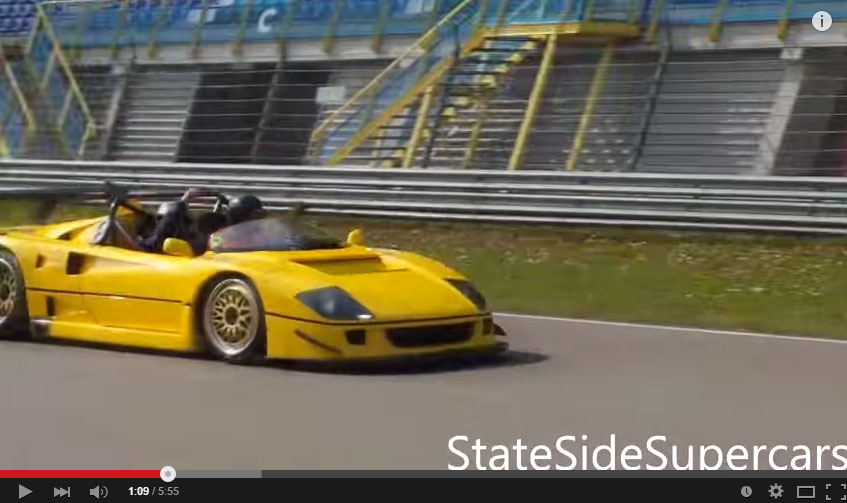