Remember the Ferrari F40!? Many called it the best Ferrari ever and some even said that the Ferrari F40 is the best car the world has ever seen. However, the Ferrari F40 isn’t exactly the first Ferrari that could bear such an extraordinary title. Before this car there existed a furacious Ferrari 288 GTO and 288 GTO Evoluzione upon which the F40 is basically based.
This video shows only a fraction of excitement, incredible strength and power this car had when it was introduced back in 1984. Constructed for competition in the traitorous Group B of the Rally Championship, the Ferrari 288 GTO was just a homologation special of the sports car who had never come to race due to change of rules which deleted Group B from the Championship. Therefore, every produced car was actually a homologation special and every one of them is possibly the best and most amazing Ferrari in the World. In total 272 units were produced. With the weight of 2560 lbs, small Ferrari had all ingredients needed to become an epic ride. And it has become!

It’s three liter V8 engine with two turbines produced exactly 400 HP, which, even by standards of today tells a lot about Ferrari expertize in the engine building expertize. With a low weight, rear wheel drive and very powerful engine, the car was able to accelerate to 62 mph in just 4 seconds, which, for the time was almost incomprehensible. Whatsmore, the Ferrari 288 GTO was the first production car who was able to hit 186 mph. That is something the Ferrari F40 and the Porsche 959 GTB could only reach a few years after.
Interestingly, Ferrari produced five models dubbed the 288 GTO Evoluzione powered by an engine capable of delivering HP. The car weighed only 2.072 lbs which meant that the Ferrari 288 GTO Evoluzione was able of hitting extraordinary 225 mph. 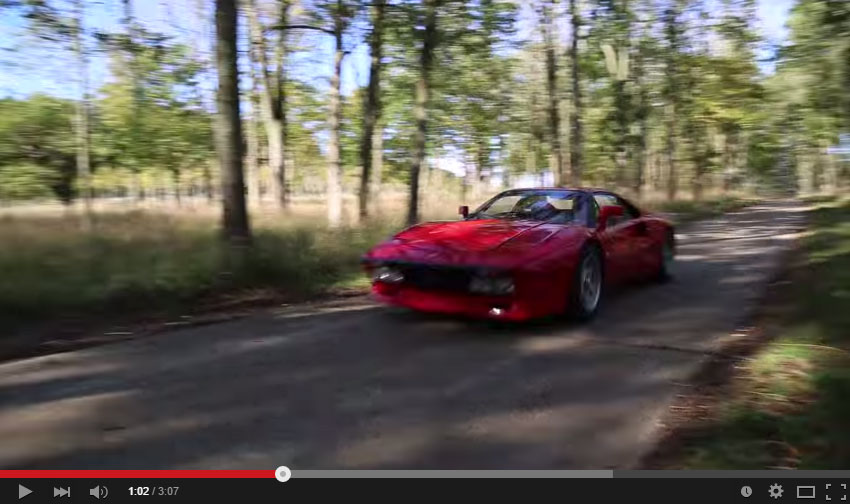