Creating a car that works, goes, hauls, is comfortable and endures all your whims is extremely hard job. Every car manufacturer has a few special procedures it has to go over in order to make a vehicle good enough for every market and for every country they are going to sell it. You may not find that too complicated, but imagine this. Your car has to work in the coldest parts of Norway and Russia, while it also has to cool you down inside at the hottest places on Earth like Dubai.

Developing their first SUV (or crossover), Jaguar had to make sure that their car will work in all climates and in all conditions exactly the same. That is why they had to ship a bunch of prototypes to the most northern parts of the world and to the hottest parts of the world. The F-Pace is the name of the vehicle they are developing and the extent to which they went to make it perfect is loosely revealed in the video they’ve published on their site.
We can see here that the developing process took place in bitterly cold -40°C Arjeplog, Sweden. There, at the Jaguar owned test track on ice, all the systems were tested in order to make them as perfect as possible. Thousands of kilometers of testing were done making the F-Pace ready to tackle any terrain end user would throw at it.
On the other part of the world – in Dubai, at scorching 50°C Jaguar ensured that all the parts will work even in sand and in temperatures where humans barely endure. Here, the climate control system went through its toughest. Imagine lowering air temperature from 50°C to cozy 21 °C in matter of seconds. That is a pain in the *ss even for the best climate control systems out there.
All in all, we have a reason to believe that the Jaguar F-Pace will be one of the best cars in the history of Jaguar. They’ve done all they had to do to make it great.

Creating a car that works, goes, hauls, is comfortable and endures all your whims is extremely hard job. Every car manufacturer has a few special... 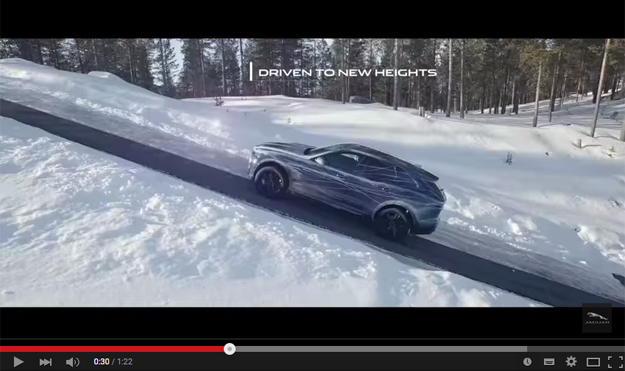