By revealing the BMW CSL 3.0 Hommage R concept, the Munich based company definitely showed that they are looking after their past more than we ever thought they would. The 3.0 CSL Hommage is a throwback on the legendary 3.0 CSL Batmobile from the 1970s. The new car is bigger, beefier, but it sports the same appealing livery which made the lines of 3.0 CSL Hommage much more eye catchy than ever before. Not only that the car continues to ride on the path laid out by the extremely successful E9 (or the new six coupe as some call it), but it does that in great style.

The car represents a modern go on the Touring car layout. It has carbon fiber and aluminum parts on it, while the most amazing novelty is the nicely decorated interior with as little stuff in it as possible. This should be a racing car, remember!? That is why the interior doesn’t have all the stuff you can find in the BMW luxury cars. However, under that beautiful exterior and all the carbon fiber and aluminum, a three-liter straight six is aided by an electric engine. We aren’t sure about the output, but this is 2015, so we are looking north off 500 HP. That is huge for a car this big and this lightweight.
As you can see in this short magnificent video the new vehicle is filmed right next to the legendary 3.0 CSL from the Seventies. That car has won the Touring championship so many times we stopped counting. The new CSL 3.0 Hommage R concept has a lot of to live up to.

The Extraordinary Cool CSL 3.0 Hommage R Concept Made Us All Fall In Love

The Extraordinary Cool CSL 3.0 Hommage R Concept Made Us All Fall In Love

By revealing the BMW CSL 3.0 Hommage R concept, the Munich based company definitely showed that they are looking after their past more than we ever... 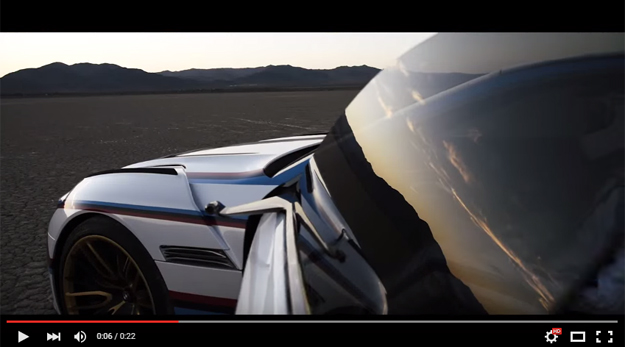