BMW Motorsport is preparing an epic car. It’s called the BMW M2, it’s the smallest of all Motorsport cars and it is the one that echoes with Motorsport ethos throughout. The video embedded here shows the mighty little car thundering the Green Hell in search for perfection. Although it hasn’t been revealed yet and we don’t expect its reveal in a few months time, we are already quite sure it’ll be one of the all-time greats. How do we know it!? Well, first of all, the new BMW 2 series with the RWD is an epic car. With its size basically the same as that of the BMW 3 series from the 1990s – the e36 (possibly the best-dimensioned car ever envisioned by humanity), the new 2 series is light, nimble, it has low center of gravity, it’s cool looking and it has all the modern BMW features you’d like to have if you had, let’s say the 328i e36 Coupe. And yes, it has a manual transmission (although it’s not certain for the M). Basically, it’s already a perfect car and now, they are giving it a Motorsport makeover.

The new engine is the biggest story here. After seeing the BMW X4 M40i, we basically know what to expect in it – a three liter TwinPower Turbo engine with the power of 370-380 HP coupled with the M-tuned suspension, Dynamic Chassis Control and modern driving aids for top performance. It’ll be the least powerful new M car, but it will surely be one of the most engaging. As you can hear in this video, Motorsport is working hard in creating an appropriate soundtrack for the three-liter engine and it seems they are pulling it off quite nicely. We can hardly wait for it to come about.

BMW Motorsport is preparing an epic car. It’s called the BMW M2, it’s the smallest of all Motorsport cars and it is the one that echoes with... 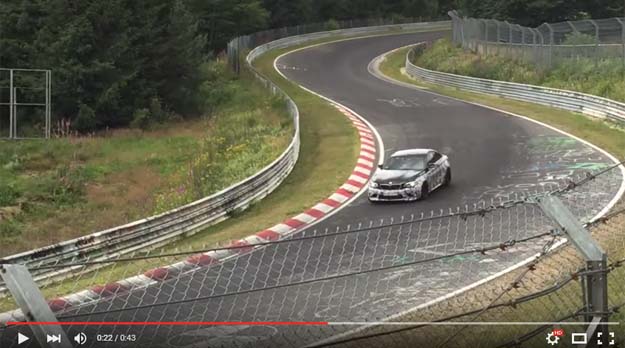