The 2015 Fashion week is only a couple of days away and some of the world’s best designers are trying to make marketing campaign as controversial as possible. In an effort to steer the minds of everyone into the fashion business, rag & bone design team decided to go all out and to tease the shit out of gearheads. In an effort to make a video everyone will watch they’ve taken a classic Porsche 911 from the Eighties and dropped a concrete barrier on it – literally. Don’t even think that car communities from all over the world won’t make their remarks to this act of violence towards a vehicle that marked one of the most important years in car industry.

Not only that they’ve destroyed the car but they’ve made that next to a supermodel – Gabriella Wilde who showcased the new collection of the brand. What they are saying here probably is that classic is dead! They want something exceptionally modern to showcase on the Fashion Week runways. The guys who are responsible for this are Glen Luchford and art director Peter Miles. We cannot even imagine what an insane hurricane of dissing and bashing will hit upon them because of the destruction of the absolutely exceptional Classic 911.
The Internet is already on fire about this, so the film has been disliked so many times it became funny. Unfortunately, that is exactly what rag & bone team wanted – a scandal, a controversy, something that would make their new collection pop out. And they’ve succeeded big time here, however, the car world will never forget their fault.
You can only dislike this piece and make sure you never buy anything from rag & bone. Not because they don’t do classic, but because they killed one of the cars that shattered classic world of cars, fashion and culture when it was new.

The 2015 Fashion week is only a couple of days away and some of the world's best designers are trying to make marketing campaign as controversial as... 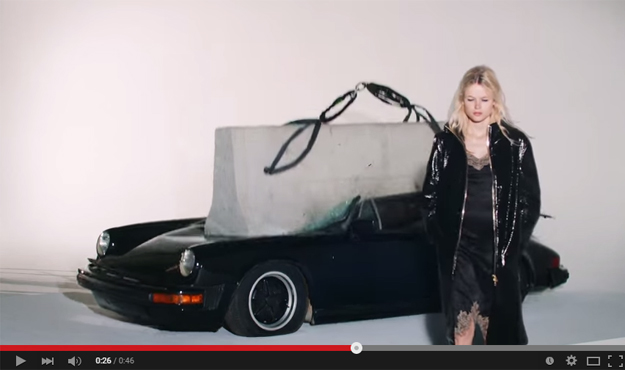