Last year, we saw dozens of Guinness world records broken and the bar has been set higher  than ever before. Hennessy drove their car faster than a Bugatti, BMW broke a record for making donuts around a mini who drove on two wheels and Mini was parked in a so tight parking place with 3 inches of room to spare.

However, the last record was set at the end of the year on the New Year’s day. On a car gathering held in Canberra, Australia, 103 muscle cars were parked next to one another and every one of them have made a burnout. We recommend you to watch the video and enjoy amazing burnouts that created so much smoke and roar that anyone living five blocks from the track could see and hear it.

Just imagine more than 100 musclecars in one place. The beginning of this video shows some very special machines that produce impressive amounts of power. It is easy to put things on the paper, calculate and say that 103 musclecars on the show had a combined power output of 50.000 HP. That is something special to witness on the New Years day.

It is important to point out that there was a Guinness World Record official on this gathering and they’ve officially recognized this record. Amazingly, the guys actually broke their own record achieved last year. We cannot wait to see what have they got prepared for the next year. If they continue to kick it hard, we might see much more cars making a burnout next year. Think about it, this video has been viewed more than 180.000 times and all of those who saw it want to be a part of this amazing feat for sure.

The Biggest Combined Burnout In History

The Biggest Combined Burnout In History

Last year, we saw dozens of Guinness world records broken and the bar has been set higher  than ever before. Hennessy drove their car faster... 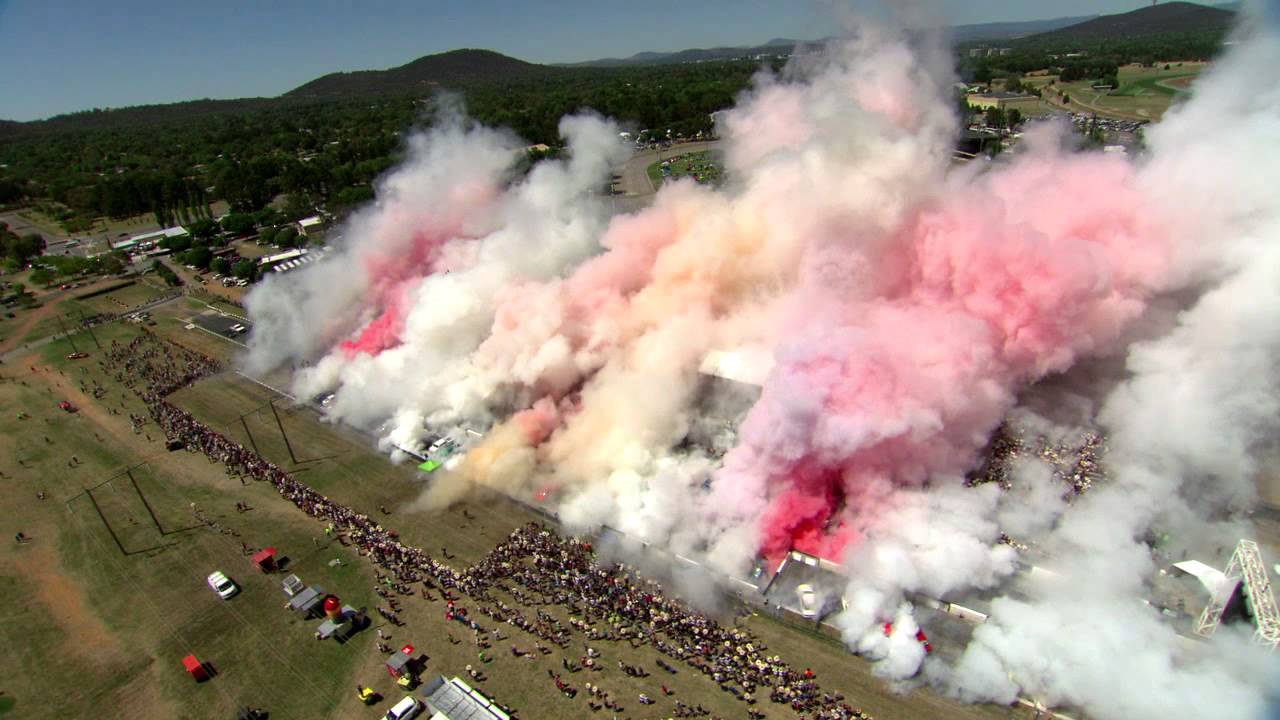