The Lamborghini Aventador LP 750-4 SV is the sickest, most powerful, most extreme and probably the fastest Lamborghini that ever were. Revealed only a few months ago, the car was built on the basis of the regular Aventador, but the Italians made some serious modifications to it by removing a lot of heavy equipment and changing some of the elements with the lightweight carbon fiber parts. Lowering the mass, changing the appearance, integrating a whole new body kit which provides much better downforce and tuning the suspension, the ones who worked on the Aventador SV definitely decided to give it a treatment that sets it apart from all other versions produced since the introduction.

Definite proof that the SV is the best Lambo ever is the recent fast lap on the Nurburgring where the car clocked the time of 6.59.73. Interestingly, only the best and most expensive hypercars in the world (such as the Porsche 918) can achieve under-seven-minute time on the Nurburgring. Apart from receiving a full-on body kit, tuned suspension and lower weight elements, the Aventador LP 750-4 SV received a better engine as well. With reprogramed ECU, redefined intake and exhaust and some other trickery, the maximum power had been increased from 700 HP to 750 HP. That was enough for making the car even faster to 60 mph (now at 2,7 seconds), while the maximum speed remained at sick 217 mph (unofficially, the car can reach 230 mph).

The Lamborghini Aventador LP 750-4 SV is the sickest, most powerful, most extreme and probably the fastest Lamborghini that ever were. Revealed only... 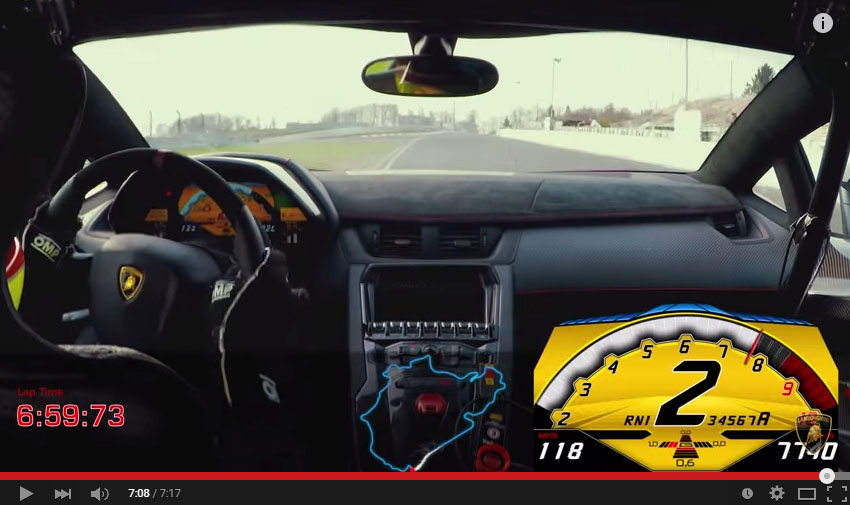