Apart from the video showing the R8 giving birth to the Audi RS3, the Audi UK team did one more awesome video adventure. Transporting the magnificent Audi A7 to Dubai they’ve tried to do something no one ever tried with a luxury four door coupe. This time, the Audi A7 won’t be going to the car show or some crazy race, but it goes to show that despite its civil appearance and extraordinary great looks it is not afraid to tackle the sand dunes near Dubai.

As every other high-end Audi car,the Audi A7 is equipped with wonderful quattro permanent wheel drive which gives it an edge in comparison with any other four door coupe. The Audi A7 Sportback is definitely an astonishing piece of engineering with superior stance and composure and the magnificence of it is entwined through every part and every element on it.
Looking at it drive over the sand dunes and kicking out tons of sand with its 19 inch wheels is a spectacle like no other. Although it is not as capable or as equipped like its bigger brothers – the Q5 and specially the Q7, the Audi A7 Sportback is definitely a car which will not disappoint in any situation including this one. Every model on the market is equipped with wonderful all wheel drive system and with enormously powerful engines and a few different suspension systems, the A7 Sportback is capable of things like this you see on this video. We guess that this one is powered by a three liter TDI engine developing 270 HP and enormous amounts of torques.

Apart from the video showing the R8 giving birth to the Audi RS3, the Audi UK team did one more awesome video adventure. Transporting the magnificent... 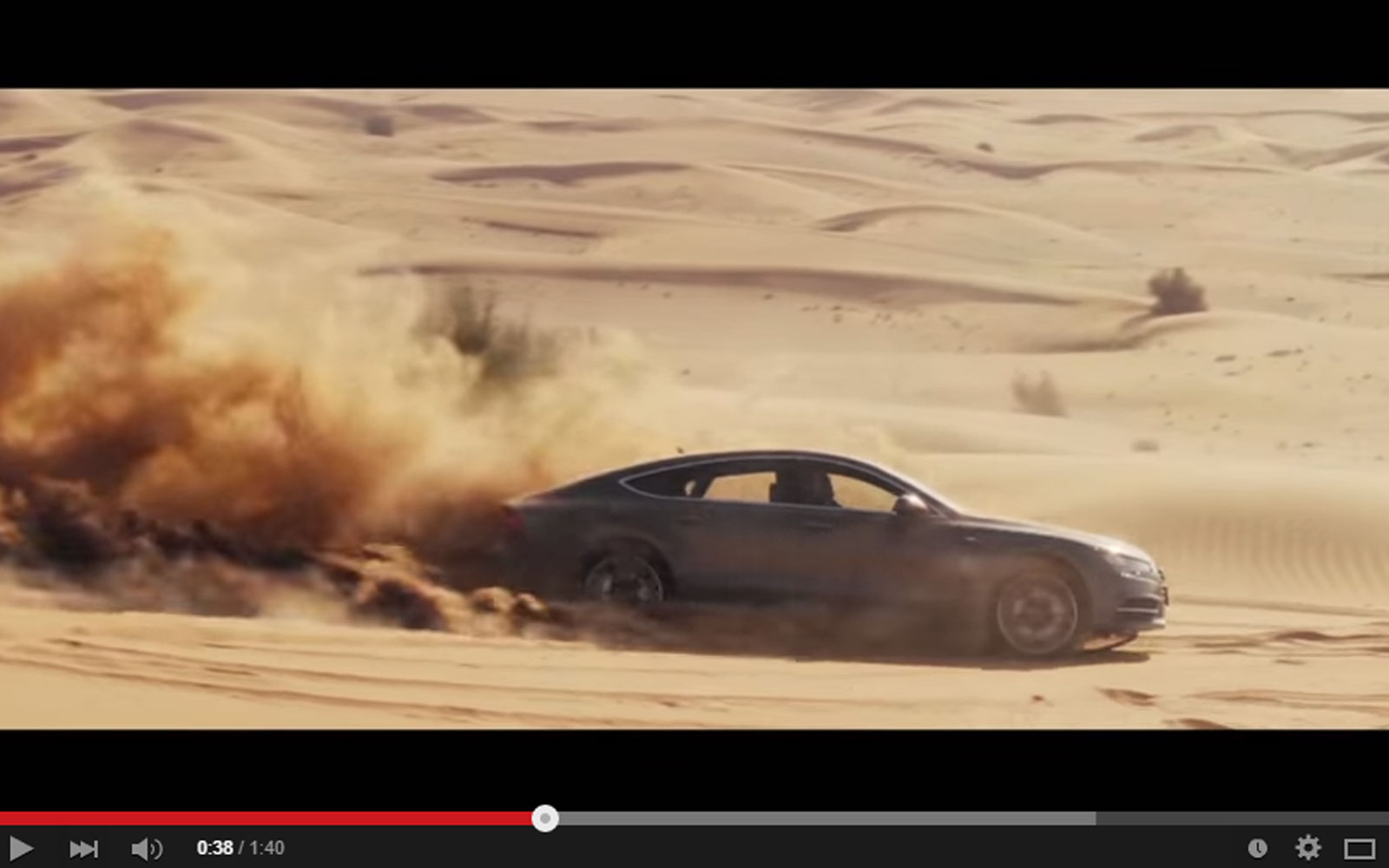