Revealed only a week ago, the new Alfa Romeo Giulia is still one of the most talked-about cars on the Internet. With its courageous styling, aggressive stance, astonishing looks and an engine sounding like it was taken from a race car, the Giulia brings a lot of elements that could make Alfa Romeo make a stand against all other magnificent car egzotics outhere.
Looking through the spec sheet, this thing has some grunt. It is lighter than all of its competitors, it has a carbon fiber roof, bonnet and prop shaft, while the engine is an all aluminum turbocharged six cylinder beast with the power of more than 500 HP. That is a lot.

In order to make use of all that power and lightness the best way Alfa Giulia received a very advanced aerodynamic kit. Here, you can see some of the elements on it doing its dance. Yes, this thing has an active aerodynamic package meaning that depending on the circumstances the spoilers, splitters and some other parts move to provide the best possible effect on the car. Similar stuff happens on cars such as the Ferrari 458 Italia Speciale and other Italian egzotics. So, basically, FCA wanted to create a true spectacular Italian car which will be able to attract the buyers to the showrooms and to the test track.
Alfa Romeo will put this thing against the BMW M3 and the Mercedes C63 AMG. It has some grunt and the speed to overshadow the germans on the straights and we guess in the corners as well. However, the main question here is will it overshadow them in the showrooms. Alfa has struggled to sell cars for years now and with the Giulia FCA Boss is looking to bring back the buyers. It will be tough, but with the car sounding like this and with the sheer lunacy, it might be that they could survive. Look at this video and recognize the heritage Alfa Romeo carries with itself. It is a car from the line of the real impressive racing vehicles.

Revealed only a week ago, the new Alfa Romeo Giulia is still one of the most talked-about cars on the Internet. With its courageous styling,... 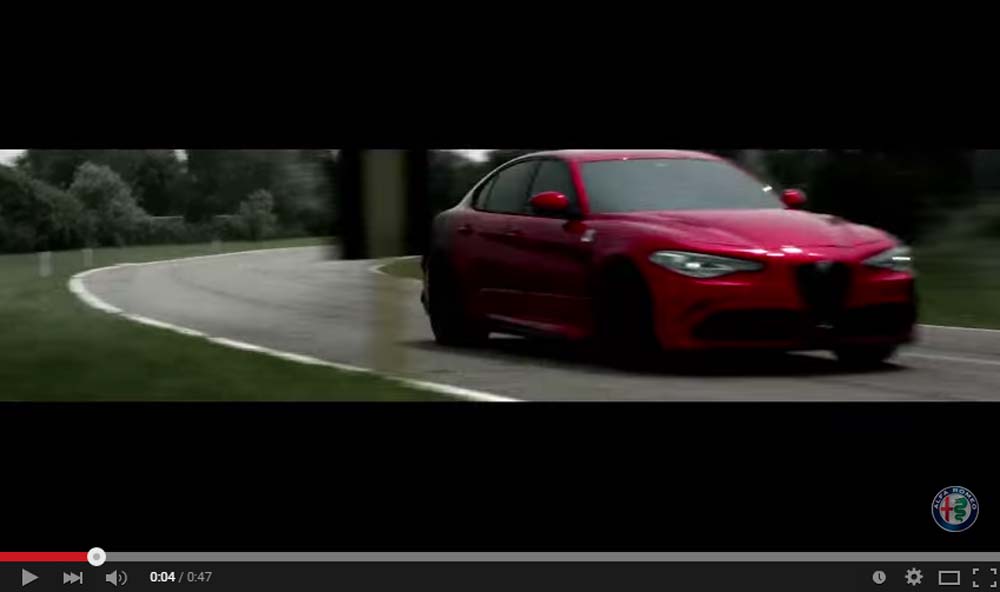