Just after Doug from Jalopnik imported the magnificently awesome Nissan GT-R R32, a gazillion of readers started to ask many questions about it. In the first video we have shared with you, Doug told us almost everything we wanted to know about this car and now, he kept his promise from the first video and released the second video saying just what we wanted to know from the start – how does his car drive.
Taking into account that this is a 25 year old car, we did not expect that Doug will be impressed by it. However, he was impressed more than any of us would ever think. Actually, he was so impressed by it that he said that “for 25 grand it would be hard to convince me [him] to buy a Focus ST or a BRZ,” which says a lot about the car he bought.

He also said that acceleration is much easier to obtain when the car runs at 30-40 mph and when he put the foot down it just launched.
However, the most astonishing part of this story is Doug’s amazement by the handling and steering feel. It seems that the GT-R has that perfectly balanced steering that brings fun even after 25 years. It’s sharp, it feels like it’s new and it makes this car planted like no other.
Even though this is a 25 year old Japanese car, Doug said that he doesn’t give up a lot driving it. Every comfort on board works and everything is in place.The CD is in, the AC works flawlessly and the car behaves absolutely normal in traffic. The only pain in the *ss is that it’s only available as a right hand drive car.

The 25 Year Old Godzilla Drives Better Than Most Modern Cars

The 25 Year Old Godzilla Drives Better Than Most Modern Cars

Just after Doug from Jalopnik imported the magnificently awesome Nissan GT-R R32, a gazillion of readers started to ask many questions about it. In... 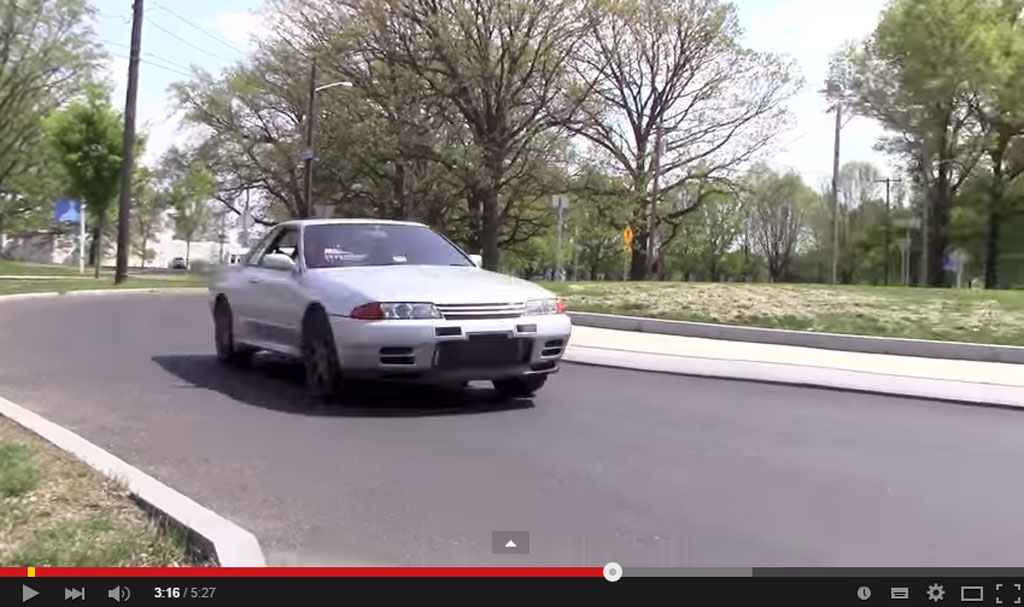