Since the official introduction of the newest 2016 Mazda MX-5 Miata, the world has been on alert trying to figure out what magic did Mazda designers do now on the most famous and possibly the best executed sports car in the world. Now, to steer the minds of fans even more, Mazda USA revealed a video depicting just how inspired the engineers were to create a car with perfect weight balance of 50:50. The car that weighs only 2,332 lbs in total has been so precisely tuned that the Mazda created a weight scale in order to show just how their engineers did the job.

Constructing balance structure, Mazda USA succeeded to put a Miata o top of it, with the driver inside and show the world just how magnificently balanced this new car is. Using The so called gram strategy, Mazda literally reduced weight on every part they could thus provide the drivers with a low weight car that drives exceptionally well. Trying to stay on the same path of motoring success as the cars before it,the newest Mazda MX-5 received an astonishingly well designed and well crafted central “bone” which runs through the center of the car. On it, the transmission and the engine are connected directly, while all the other parts are cleverly integrated around it thus saving the weight down and keeping the center of gravity as low as possible. Finally, this video proves just how crafted this car is. Precision is the only way to go for the new Mazda MX-5 and we can safely say that this car remained as one of the most amazing and best built cheap sports cars ever.

Since the official introduction of the newest 2016 Mazda MX-5 Miata, the world has been on alert trying to figure out what magic did Mazda designers... 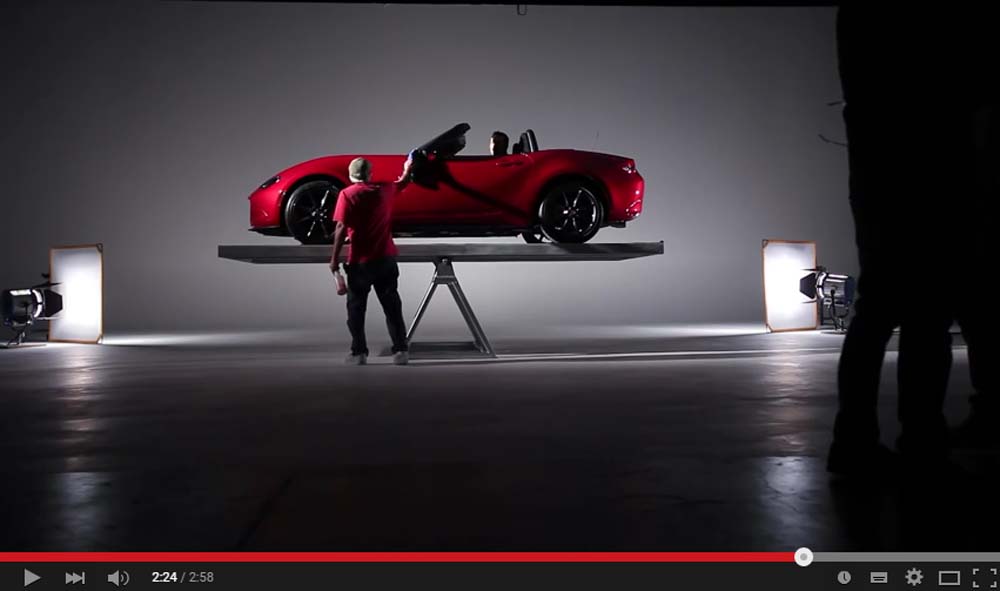