Formula Drift Championship almost became a big deal in the USA. Actually, people love it so much that the builders of cars for the competition make rather comprehensive adjustments to the cars used in it. The adjustments aren’t cheap, but when you have a professional Formula Drift driver Ryan Tuerck driving for you than the investment just might pay of.

Unveiling its new 2015 Maxxis Tires Scion FR-S, Ryan Tuerck walks us through the complete process of tuning its newest drift beast which received some of the most amazing and most comprehensive modifications in the world. This truly is one of the most amazing Scions that have ever existed and with equipment such as Brian Crower stroker 2jz with VVTI, Supertech valve train, Nameless Performance equal length turbo manifold, Garrett GTX4088R turbo and Deatschwerks DV2 injectors, the vehicle truly has the capability of being insanely powerful and adapted to the drifting habits of Ryan Tuerck.
Apart from enjoying looking at the fabulously crafted machine, in this video you have the opportunity to see and enjoy drifting and burnouts made by the man. The rear wheel drive monster machine transfers power from the engine through Holinger RD6 transmission thus ensuring minimum power losses and maximum efficiency of the whole system. The power transfer is so intense that the car feels like a machine from hell.
This year, Formula Drift Championship will certainly be more interesting and much more intense due to this new magnificently prepped car.

Formula Drift Championship almost became a big deal in the USA. Actually, people love it so much that the builders of cars for the competition make... 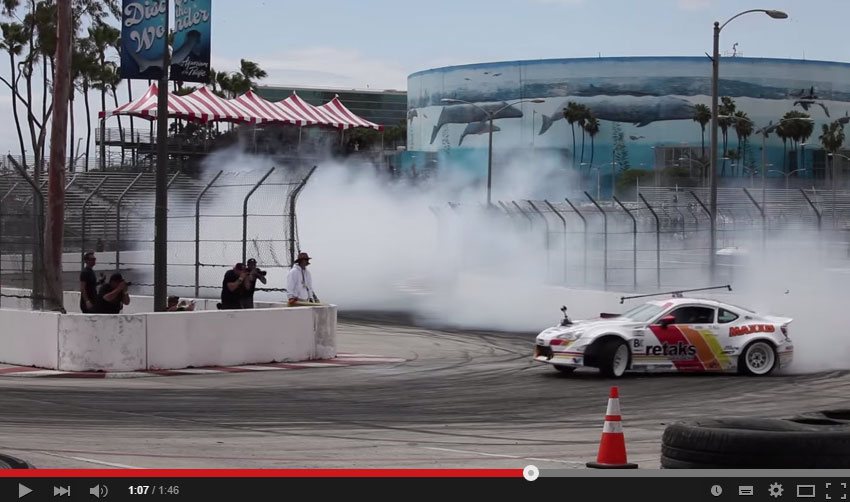