It has been two years since Tesla unveiled their e-sports car Model S. Car freaks have been eager waiting for this car god to release their piece of madness on the roads and good news is that its about to come!.  This auto maker, who’s infamous for their battery powered madness, already revealed that they will be delivering their first creations by mid of 2012 and late of 2012 for Europe.

Tesla has been on the spotlight for electronic sports car for years but competition has been tough as other massive cars have been introduced in this car segment. This is maybe the right time for Tesla to regain their prominence in the car industry.

The Model S is surely an aggressive looking beast and it’s never short when it comes to the design category.  Petrol guzzling sports cars will have one big threat coming in with a Tesla badge placed on it.  The first 1,000 car will be released as a limited edition with countless complementary options.  This will also be flourished with “Signature Series” emblem placed around its body and inside the cabin.

Giving life to this monster is a 42 kWh lithium ion battery and the electric motor can let this blast from 0-60 mph in a staggering 5.6 seconds until it reaches the top speed of 125 mph or equivalent to 201 km/h.  This can reach a distance of 300 miles in one full charge. They are also planning to build other variants of the Model S that can reach 230 miles and 160 miles and will be offered at a lower price tag. 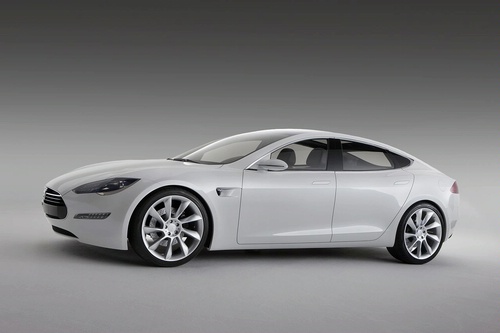 It has been two years since Tesla unveiled their e-sports car Model S. Car freaks have been eager waiting for this car god to release their piece of...