First let’s get  the facts straight. One is the baddest American muscle car ever produced since the beginning of time and the other one is an electric vehicle (that can sit seven) and we know that electric vehicles are in their infancy. So, what would you expect from a drag race featuring the Dodge Challenger Hellcat with its monstrous petrol engine and the Tesla Model S with its electric engines!?

Well, as anyone who grew up near the petrol powered cars (so, everyone), you’d expect the Hellcat to win this race without any problems. However, the 707 HP Challenger Hellcat has two problems here. The first one is its driver who does not know how to run it properly and the other problem is called the Model S P85D. That P85D part in the Tesla name is crucial. That combination of letters and numbers tells us that this Tesla is powered by a 691 HP electric engines and the power is transferred to all four wheels. This enables it to be seriously fast. Actually, it enables the large Tesla Model S to be faster than a Ferrari on a straight line, and then, it makes it go faster than the Hellcat as well. Actually, this Tesla Model S is even faster than that. This car is officially the fastest stock production car that can run a quarter of a mile at 11.68 seconds at 114,61 mph.

That is some serious speed and when you think that you can buy this just by ordering it online, than you know that we live in a great world.

No disrespect to the Challenger Hellcat though. It is still a seriously angry car that can do wonders on a drag strip with the right driver behind its wheel.

First let’s get  the facts straight. One is the baddest American muscle car ever produced since the beginning of time and the other one is an... 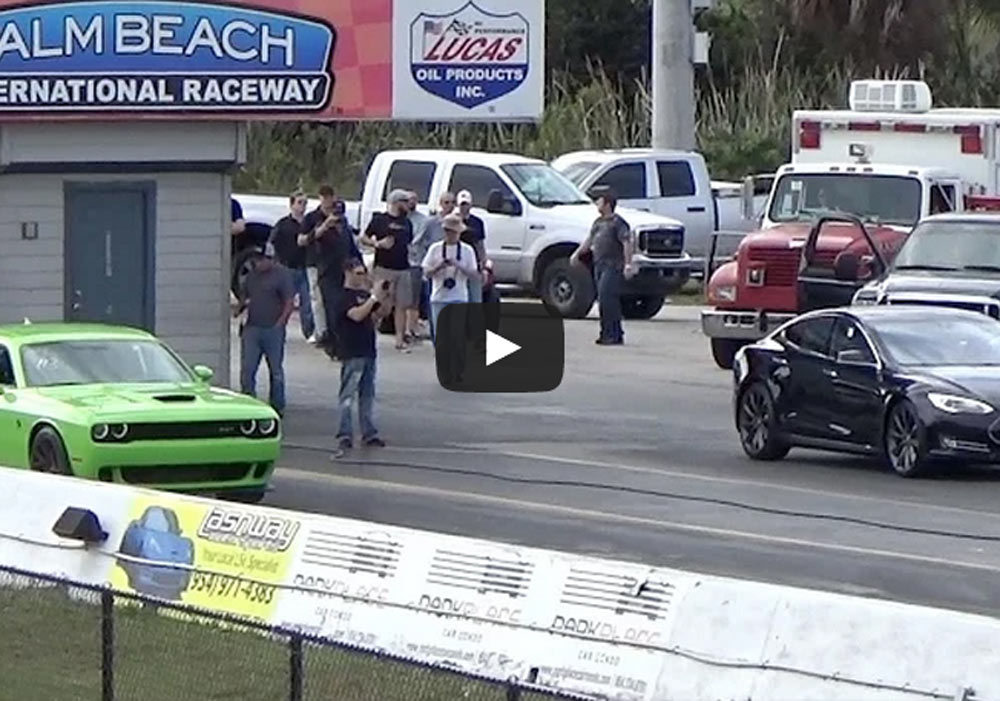