Tato Nano is the world’s cheapest new car and when you look at it you don’t ask how’s that. Developed for the Indian market, the Tata Nano is a small supermini powered by a 624 cc engine which produces 38 HP. The car looks hideous, its interior is nothing short of a cardboard house interior, but its price justifies everything. This is the only new car in the world which can be had for less than $2.500. Taking this into consideration, the car is a Mercedes S-class for that kind of money.

Up until now, only a few tried to tune the thing. Some made it more awful, but some made it even better and tuner called JA Motorsport is most certainly among the latter ones.

With the installation of an all new 1.4-liter turbocharged engine producing 230 HP, the Tata Nano became much, much faster. Maximum speed for the stock car is somewhere around 65 mph, but this one can achieve rather scary 116 mph.

JA Motorsport did not tune the engine and left everything else untouched. The Tata Nano received a full rollcage AP Racing brakes and MRF ZLO racing slick tyres. We are not FIA or anything like that, but we recon this thing is ready to do some racing and it is eager to do so.

Bodykit made it look a bit prettier and the tinted front and rear lights made it more aggressive.

Now, this is not the type of a car you would like to drive every day, but this tuned version seems to be a great fun. Imagine 230 HP in the smallest package imaginable. Mini recently unveiled their Mini JCW and that car has an engine with 231 HP, but this seems far more ludicrous. Unfortunately, we do not know how much time this car needs to 60 mph and we do not even know how much this transformation costs (we think it costs at least two or three times the original price of Nano). All we know is that we like it and we need one of these.

Tato Nano is the world’s cheapest new car and when you look at it you don’t ask how’s that. Developed for the Indian market, the Tata Nano is a... 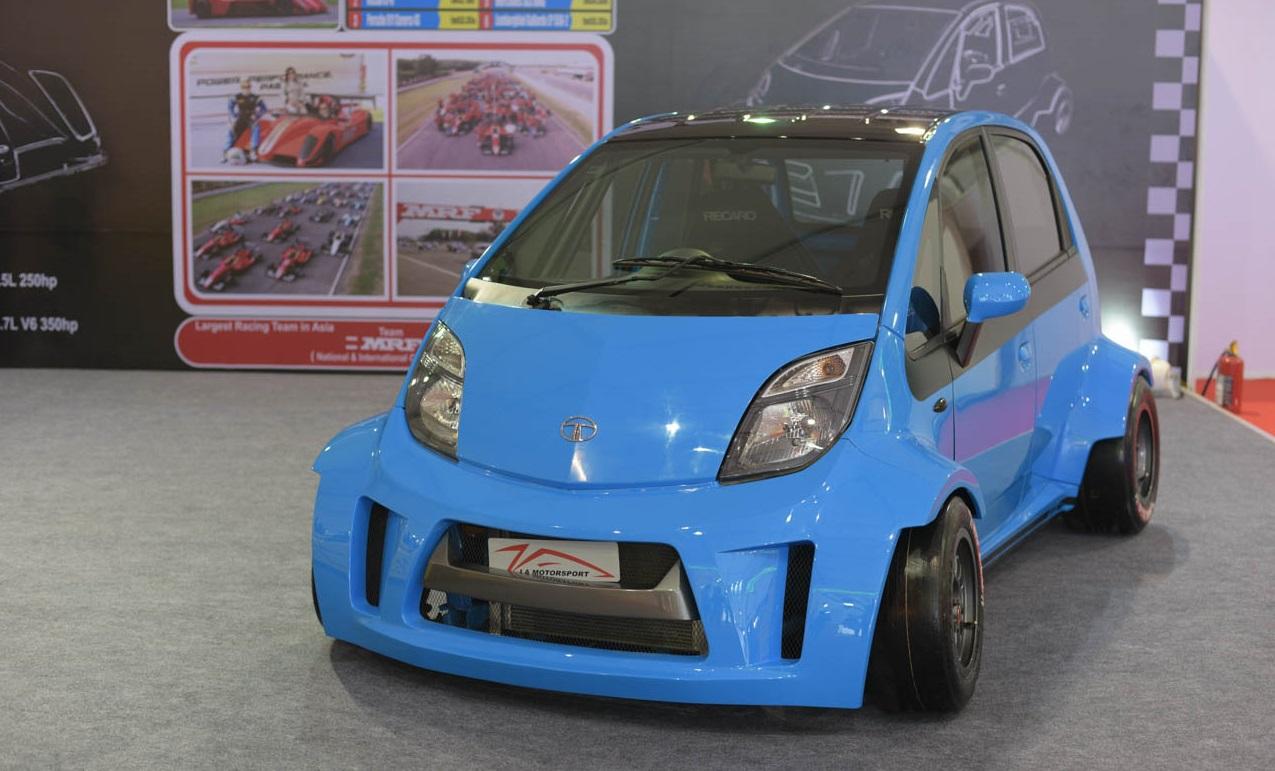