It seems that the comparison of three of the top supercars of today will never stop. In yet another video released by theSupercardriver we can see the LaFerrari, the 918 Spyder and the P1 fighting their way to the 200 mph mark.
True, not many tests have been conducted with all these cars and we have witnessed many different results with some saying that the 918 Spyder is the fastest while others give the P1 all the praise. Interestingly enough, the Ferrari LaFerrari has never dominated the track or the drag strip and things are no different here. All three machines accelerated to the speed of 200 mph, but it seems that the driver of the LaFerrari made a slight jump at the start. Despite of that, the LaFerrari was shortly after shattered by the 918 Spyder’s blistering acceleration and monstrous power of the P1.

Bear in mind that the Porsche is the heaviest here, but it also has a four wheel drive which is quite outstanding. It is the fastest accelerating car to 60 mph, but once that speed is surpassed the P1 takes the crown. This is a race between cars which dispose with power rarely seen before in the car world. With 950hp, the LaFerrari is the most powerful. The least powerful is the Porsche with something like 895hp and the McLaren sits in the middle with just above 900hp.

It seems that the comparison of three of the top supercars of today will never stop. In yet another video released by theSupercardriver we can see... 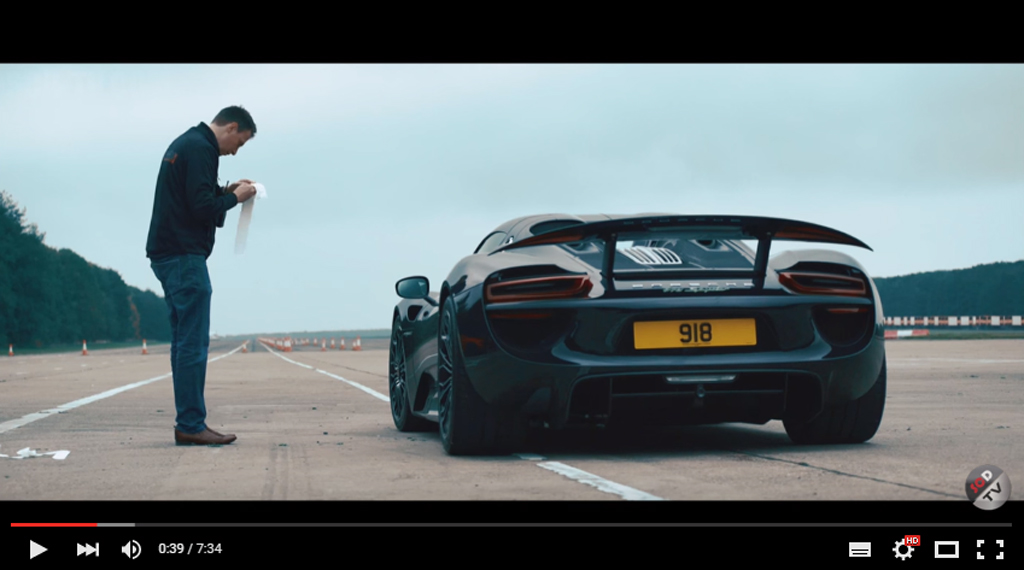