Today is my son’s birthday and let me just give you one special treat! Let’s talk about an SUV who won different awards for its classiness and performance.  I’m talking about the Posche Cayenne, this is well respected for its achievements especially on the car segment that it is in.  It has the body of an SUV but with the ability of a true sports car.  Despite the Cayenne’s size, it still has that sense of athletic spirit and without a doubt…elegance and luxury.

speedART,  who’s a Porsche tuning specialist, tried to tweak things a bit to give one drooling creation and they call it as the speedART TITAN EVO.  They have a tuning package for the diesel, turbo and even the hybrid version.

The Hybrid increased its power output to 450 bhp and can sprint from 0-100 in just 5.9 seconds! This is something that will blow your mind because this is a huge SUV and to make things even more difficult is that it’s a HYBRID! Top speed is maxed at 252 km/h.  The meanest creation is the turbo version which shouts a massive 600 bhp under the hood.

This stands on 23 inch speedART CTS forged wheels.  The exhaust system was also modified adding a switch control for its twin tailpipes that gives a roaring exhilaration together with power increase. 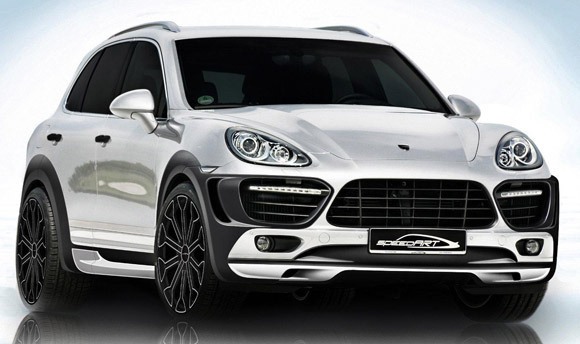 Today is my son’s birthday and let me just give you one special treat! Let’s talk about an SUV who won different awards for its classiness and...