A few weeks ago, Honda revealed a wonderfully thoughtful commercial that let the viewers really interact with it. That was, quite possibly the best car commercial in a long time, but now, Czech manufacturer Skoda released their sort-of-interactive commercial that will boggle with your mind like no other commercial in the world.

Distracting the viewer from the changes happening on the street by talking about the car and pointing out different highlights on which an average viewer is responding, the marketing team was able to change the whole layout of the street without the viewer ever noticing any changes. It is really extraordinary, how a human mind can be distracted and made dumb with just a few seconds of cleverly designed changes. Are we really that bad at noting information? Obviously we are.

After some time, the narrator tells us what has been changed on the street and we wouldn’t be surprised if they changed a few things on it, but they’ve changed almost everything. At the end, there is a *ucking monkey sitting  on the roof and we never knew when it appeared. This commercial is a success for Skoda, but it also shows how poor data taking devices humans are. If this trickery is possible in a 75 second video, imagine just how tricked can we be and what commercials are capable of doing to us. This is not wizardry. This is just a psychological play with the human mind and Skoda obviously did it better than anyone before.

Skoda Revealed A Commercial That Will Blow Your Mind, Almost Literally

Skoda Revealed A Commercial That Will Blow Your Mind, Almost Literally

A few weeks ago, Honda revealed a wonderfully thoughtful commercial that let the viewers really interact with it. That was, quite possibly the best... 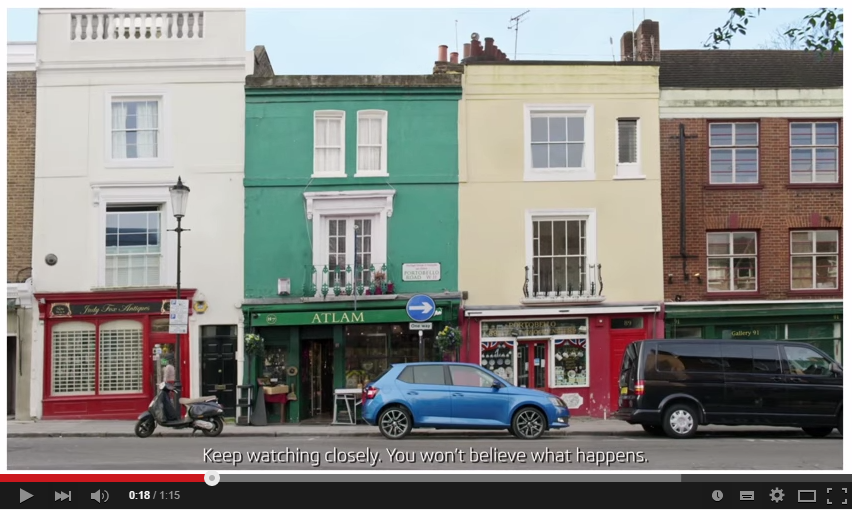