Nissan will take on the 24 hours of Le Mans this year in a really special car. For the first time ever the 24 Hours of Le Mans will be tackled with a front wheel driven car, the GT-R LM Nismo. As strange as it may seem, FWD cars have never been part of the top category of the Le Mans. RWD and AWD cars were dominating the race for decades and now, the unique Nismo is going to change the history.

Here, you can see the “backstage” story about the build and preparation of the GT-R LM Nismo which will race at the best known race in Europe and probably the best known race in the world. Apparently, Nismo engineers figured out that with the front wheel drive they’ll have an advantage in comparison with other hybrid cars from the LMP1 currently running the World Endurance Championship 2015. We remember that Nissan did not exactly have a success with their famed DeltaWing car, but now a slightly different approach was taken and the new car certainly has the chance to race against magnificent Porsche, Audi and Toyota machines.
One of the biggest advantages is the ability to make the front end bonnet longer in comparison with other LMP1 racers. This will give the GT-R LM Nismo the edge in the aerodynamic department. Basically, the front wheels will have better grip due to higher downforce. That is why the front tires are actually wider than the rear tires. Also up to 550 HP can power the front wheels at any time thus pushing the fwd layout to its absolute limit.
Apart from being a bit more aerodynamically efficient, Nismo reports that they expect the car to be even more fuel efficient which is very important in the endurance races.

Nissan will take on the 24 hours of Le Mans this year in a really special car. For the first time ever the 24 Hours of Le Mans will be tackled with a... 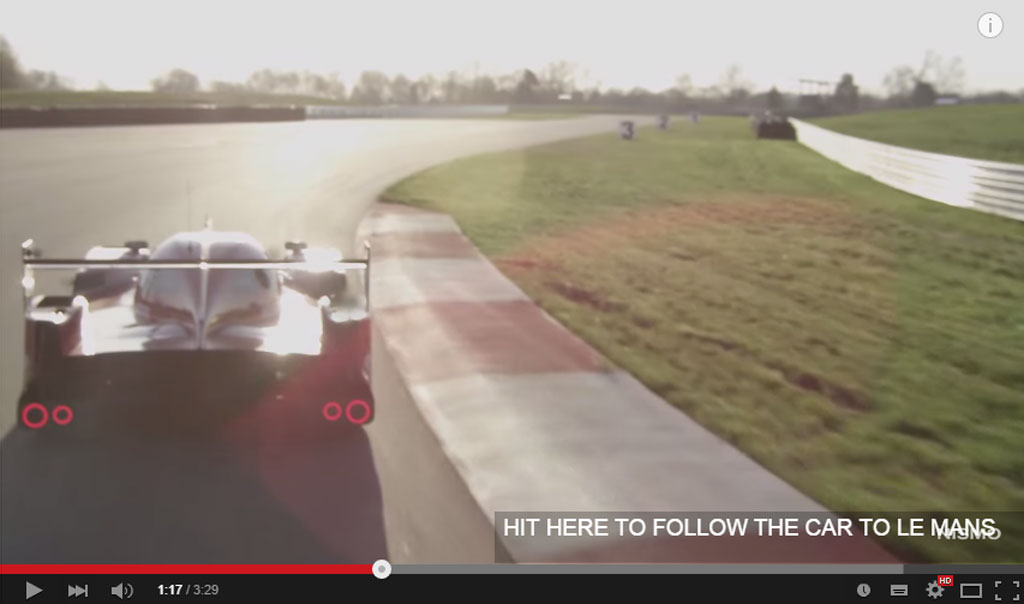