As you probably know, Sebastien Vettel, a famous F1 German driver, signed a contract for the Ferrari Formula1 team after he raced for more than ten years for various teams managed by Red Bull. Now, the guy is rather talented. He already won four championships (2010,2011, 2012 and 2013) driving for the Red Bull Formula 1 racing team and now, Ferrari wants him to to get them back to the world’s trone. Driving for the Ferrari F1 team is a big thing indeed. Actually, it is hard to think of anything more you could accomplish in your life if you’re working as a driver. That’s like playing for Real Madrid and being famous as Cristiano Ronaldo. It is that big.

Fans are, of course, all over the guy right now even though he is trying to focus on testing being done right now in Spain at the test track Jerez. However, so many fans sent questions about the guy to Ferrari that he decided to record a video in which he answers the fans’ questions. The video has been captured at the Fiorano, a Ferrari private test track, and he is driving a ludicrous Ferrari FXX while answering the questions. Every die hard fan of the Ferrari F1 team will want to hear what this guy has to say.

It seems he gets along rather fine with the team and according to his first day results at Jerez, he have a rather fast car to work with this year. The questions he responded to aren’t conventional, but the answers will surely give you some understanding of his life with Ferrari.

As you probably know, Sebastien Vettel, a famous F1 German driver, signed a contract for the Ferrari Formula1 team after he raced for more than ten... 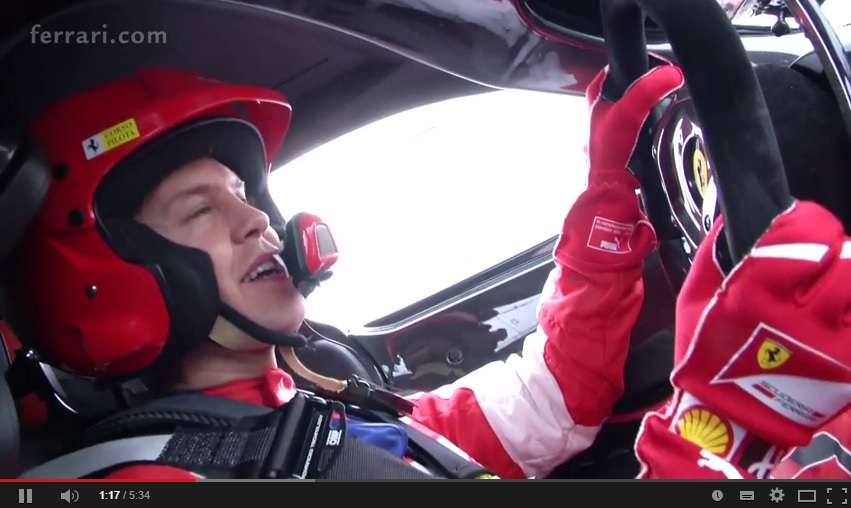