We Have seen Seb Vettel driving a new Ferrari FXX K earlier. He actually answered questions from fans, but during that drive we were wondering did he take it to the extreme on the Ferrari Test Track Fiorano. Luckily, on 13th February we got an answer. Ferrari released a new video of Sebastian Vettel driving the Ferrari FXX K at the edge. The video simply shows how the car behaves on the track and how fast it actually is. In a few moments of this video you can see the speedo goes crazy after Seb floor it on the straights. Despite accelerating from 250 onwards, the numbers just go up so fast it is hard to believe that this is actually a car.

Also, in here a keen eye will spot the aerodynamic accessories working their job of slowing down the vehicle when brake is pressed and providing exceptional downforce when Seb throws it in the bend. At one point Seb Vettel said “Mama mia! It goes like a rocket”.
As a refresher we remind you that this is the first Ferrari ever to produce in excess of 1.000 HP. With 1.050 HP provided by its sci-fi style hybrid system consisting of a V12 engine and electric motor, the Ferrari FXX K is basically the most extreme variant of the road going LaFerrari. Even though we are not familiar with all the details, it is not hard to guess that the acceleration to 62 mph lasts probably less than 2,8 seconds, while the top speed is who knows where.
Only those chosen by Ferrari will have the opportunity to buy this car and to drive it on the track. We guess that only a few will be able to drive their cars home (on a specially designed trailer of course because this is not a road legal monster and after seeing this video we know why).

We Have seen Seb Vettel driving a new Ferrari FXX K earlier. He actually answered questions from fans, but during that drive we were wondering did he... 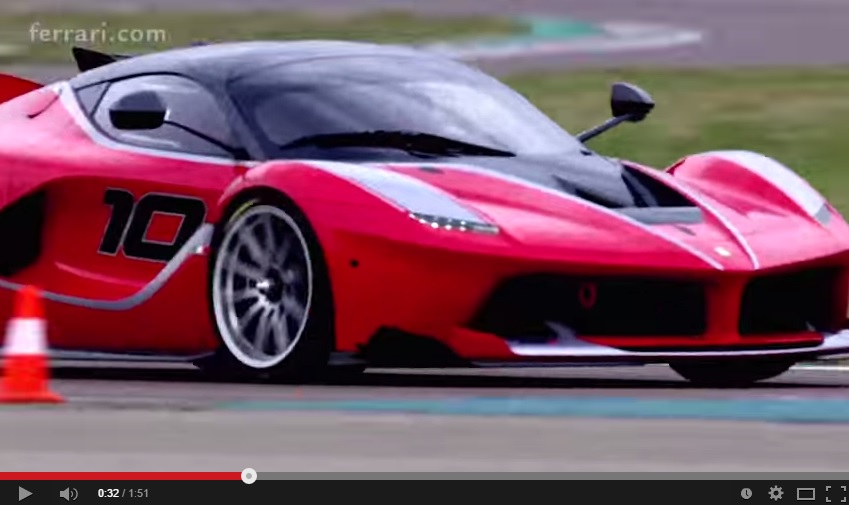