The Toyota Auris is the only full fledged Toyota compact hatchback available on the European car market. It is a car that should stack up against the Hyundai i30 the (Hyundai Elantra GT in US), the Volkswagen Golf, the Ford Focus and others. However, the car is only available in Europe, but with the introduction of the Scion iM concept, which is, basically a rebadged Toyota Auris, the American customers might get the car at last.

You may ask is it any good? Well, it is a cheap compact hatchback powered by small engines and designed to appeal to middle class Europeans. That said, it is considered to be better built than many American cars, but the size of the thing and the engines powering it might be too small for the US.

Nevertheless, the Americans might like the Scion iM. The concept is basically radically modified and sporty tuned Toyota Auris and it looks nice. Actually, it looks like it is prepared for the SEMA motor show. Scion confirmed that the production version will reach America and the car will be introduced at the 2015 New York Motor Show. The version shown there will not be as extreme as this one. The wheels will be smaller and the entry level engine might be the one from the entry Toyota Corolla. In Europe, Toyota offers the Auris with a 1.6 liter direct injection engine developing 132 HP, so that engine could suit the America as well.

19- inch wheels on the Scion iM Concept are wrapped by the high performance tires (who knows why) and the color named Incrediblue is applied to the car. It looks nice, there is no question about it, but is that enough to heat up American blood which is used to V6 and V8 power even in small cars!?

The Toyota Auris is the only full fledged Toyota compact hatchback available on the European car market. It is a car that should stack up against the... 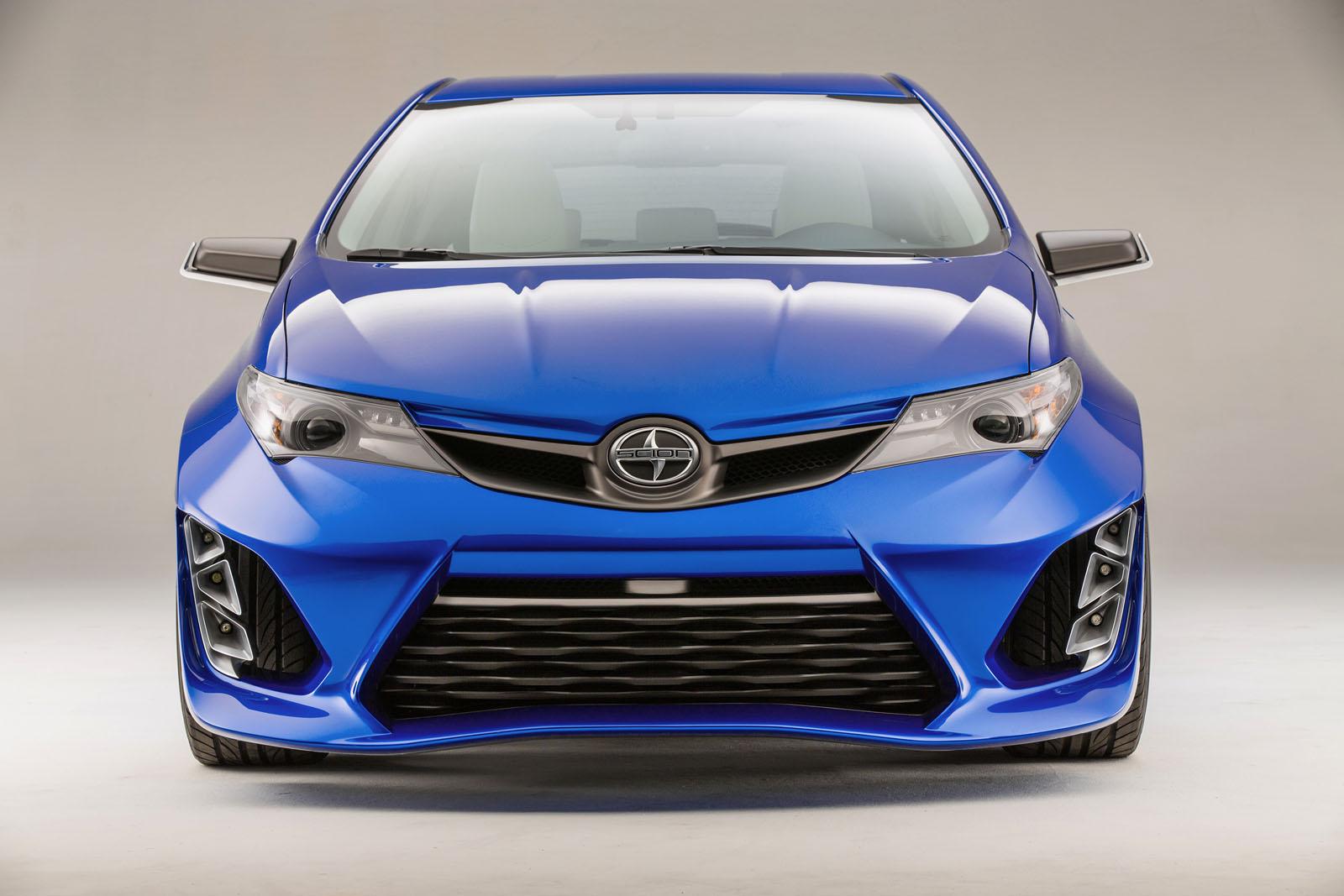