Revology Cars created a “postmodern interpretation of the Mustang”. If you can’t imagine what that exactly means then keep reading and click that Play button. Unlike the 2015 Ford Mustang, the Revology Cars 2016 Mustang is an interpretation of the original Mustang with an all new body, all new tech underneath, safety and luxury features that weren’t available back in the Sixties and modern engine and transmission that brings the power up and brings the fuel consumption and emission down.

Revology Cars was created by the former SVT Sales chief Tom Scarpello and the idea behind the company is to create classic Mustangs but using an all new build technology and all new elements that weren’t available when the car was built during the Sixties. The first car they’ve created is shown at the Amelia Island’s Concours d’elegance weekend and Revology Cars unveiled the Mustang Coupe and the Mustang Convertible.
Apart from receiving a newly built body which looks the same as on the original, Revelogy Cars installed modern equipment in the car such as the new MacPherson strut front suspension and a three-link rear suspension, power rack-and-pinion steering, and vented disc brakes front and rear. Modern suspension is followed by the integration of the 302 ci Windsor V8 that packs 265 HP and 300 lb ft of torque. That is not a lot, but this is a relatively modern engine so it’ll provide good fuel economy (18 mpgs according to Revology Cars) and it is simple enough so it can be maintained easily. More importantly than all of that is that every Revologi Cars built Mustang can be maintained in the official Ford service center. Actually, the cars will have a warranty too.
All in all, this is one nice effort that will probably find its way to some buyers. With the price of more than $110k for the coupe and more than $120k for the convertible, this isn’t what you’d call an affordable Mustang.

Revology Cars created a “postmodern interpretation of the Mustang”. If you can’t imagine what that exactly means then keep reading and click... 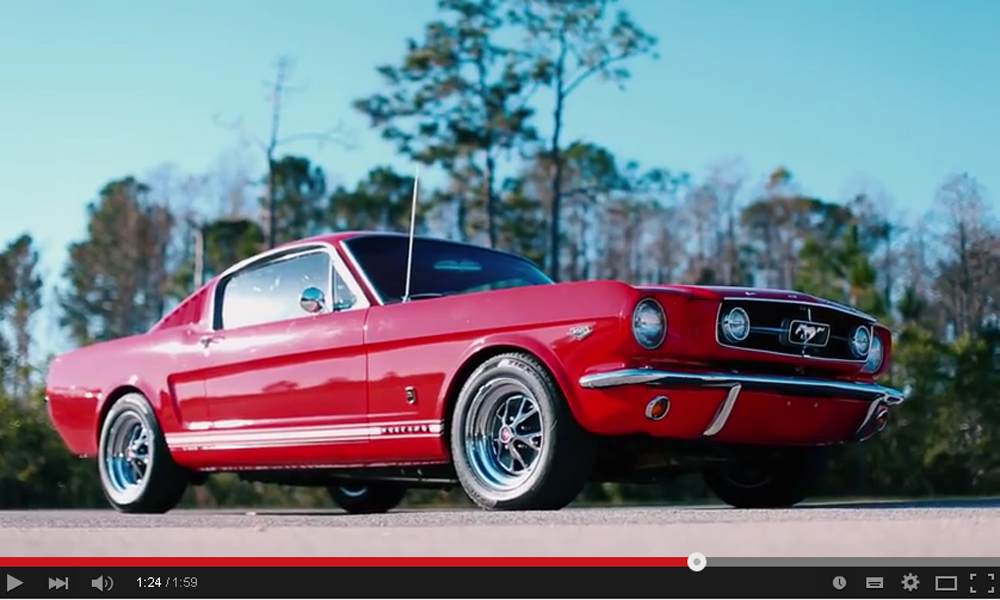