Renault will present their own creation at the Geneva Auto Show and its one staggering piece of art. It features a sporty appearance with sleek styling trying to appeal to the hearts of the young generation. It may be that this auto maker is trying to turn heads of car fanatics but it will be tough for the new Renault Wind Gordini to do the same. I think they forgot that making a sports car doesn’t mean that you only have to go with looks. It also got to have pure muscle under the hood and this is what this car is short of.

This will be the fourth Gordini model and showcases an iconic white racing stripe. This is a small coupe roadster standing on a magnificent 17 inch black diamond alloy wheels. The interior received a black and blue leather trim having a touch of pure craftsmanship.

The powerplant of this car will likely be coming from the standard model. This mean we can expect a 1.2 liter turbocharged engine capable of producing 100 PS which is equivalent to 99hp/74 kW or a much powerful naturally aspirated 1.6 liter engine that can breathe 133 PS or 131 bhp/98 kW.

The figures may sound boring and we look forward to car tuners to unleash a monster out of the Renault Wind Gordini. 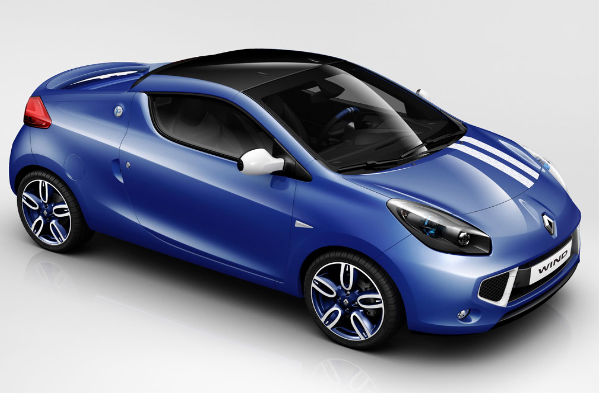 Renault will present their own creation at the Geneva Auto Show and its one staggering piece of art. It features a sporty appearance with sleek...