Television programmes from long time ago hosted a show in which guys would try to smash the Guinness World record for all sort of things. We have seen before guys replacing engines in a Volkswagen Beetle and now we found one video in which a bunch of guys from the Royal Marines in Portsmouth practiced for two weeks to change the engine in a Ford Escort and decided to take on the world record in front of the television cameras. This is the result.

The Ford Escort they were changing the engine in is an old European small and cheap family car and the host said the local garage would usually need up to three hours for the engine change. These guys however, can do it quicker, much quicker. In a coordinated attempt where everyone knows his work and actions in advance, the Royal Marines succeeded to change the engine in 42 seconds. That is extreme to say the least. True, the car they were working on is new and all the bolts and other connections can be easily removed and attached back again. The use of special tooling definitely helped a bit but the real miracle here comes from absolutely wonderful coordination between the servicers who made an incredible job.
Look at this record breaking attempt and think could you ever do this the way these guys.

Television programmes from long time ago hosted a show in which guys would try to smash the Guinness World record for all sort of things. We have... 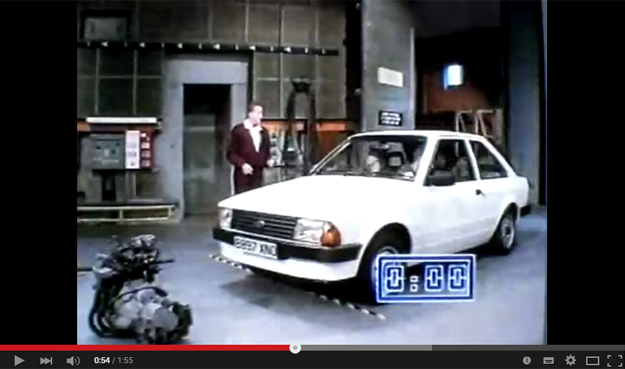