Ladies and Gentlemen, this is the 2015 Ford Mustang HPE700 by Hennessey and it is as sick as the name suggest. The owner is John Hennessy and as it is his car he decided to do some trickery on it. By modifying the engine, changing the cooling system, upgrading the intake and exhaust as well as adding a big ass supercharger on it, Hennessey guys succeeded to make a hell of a Mustang. The name Mustang HPE700 says it all. With 700 HP, this may well be the fastest and the most powerful 2015 Mustang to date.

So, when the guys at Hennessey finished the tuning, what do you think John did!? He went on a track, of course. And not just any track. He put the thing through its paces on the Continental Tires Proving Grounds in Uvalde, Texas where the 2015 Hennessey Mustang HPE700 excelled.

The aim was simple. Get the car to the maximum speed of 200 mph. Easier said than done, of course. John tried hard to make it go 200 mph, but as much as he pushed the car, the speed couldn’t reach the number. Finally, he recorded a maximum speed of 195.2  mph (which is also astonishing) and made his Mustang probably the fastest new gen Mustang in the world.

Some guys argued that he could make this car go 200 mph if he makes some modifications to the transmission and considering all that power underneath the bonnet, we couldn’t agree more.

Ladies and Gentlemen, this is the 2015 Ford Mustang HPE700 by Hennessey and it is as sick as the name suggest. The owner is John Hennessy and as it... 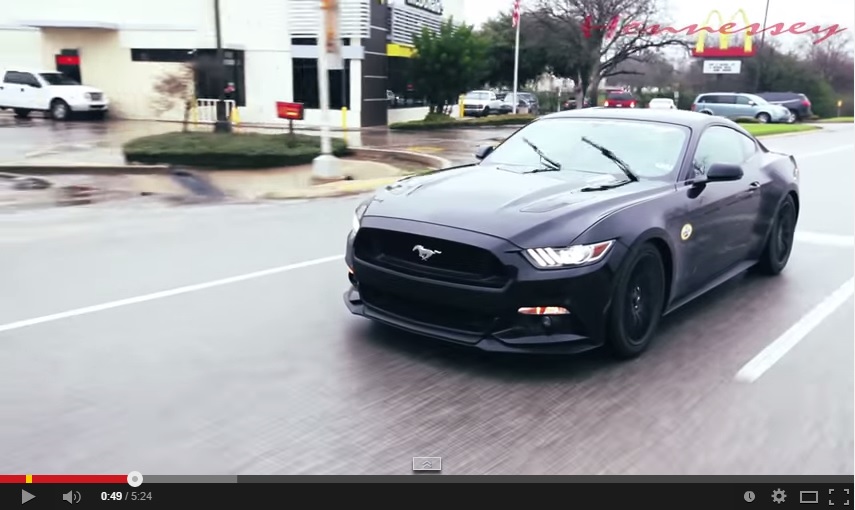