When Mercedes released that nicely done commercial about the AMG GT in which they’re mocking the 911 everyone asked themselves, what will Porsche make to mock the Benz!? Now, this video you are about to see right now isn’t exactly full of mockery of the Mercedes Benz, but in it you’ll see a three second shot where Mercedes driver fears the car Porsche is about to release. However, first things first.

Porsche released an amazing video depicting their newest ride named the Porsche Cayman GT4. It is a sports, hunkered down version (more than one inch lower in comparison with the usual Cayman) of the Cayman. The GT4 received the engine from 911 – 3.8 liter flat six which develops 385 HP, it received 911 GT3 brakes (possibly the best brakes in the business) and it received a six speed manual transmission. The end result is spectacular. According to Porsche, this monster can lap the ’Ring in 7 minutes and 40 seconds which is about the same as the previous gen 911 GT3, the Lamborghini Murcielago and even the McLaren Mercedes SLR.

Now, the video they’ve released clearly shows that everyone who saw the beautiful exterior of the monstrous Cayman GT4 is shocked and rather scared, but when the guy, unlocking the Mercedes S-class saw the picture of the Nurburgring showing how fast the Cayman GT4 is, he became super cautious. We have to say that we think that this is an elegant response to the commercial Mercedes released about their AMG GT. Of course, we expect hardcore stuff from Porsche in the future.

All in all, this car is presented rather well here and it clearly shows how race savvy Porsche can be. We would like to drive it. Heck, we would like to own it.

When Mercedes released that nicely done commercial about the AMG GT in which they’re mocking the 911 everyone asked themselves, what will Porsche... 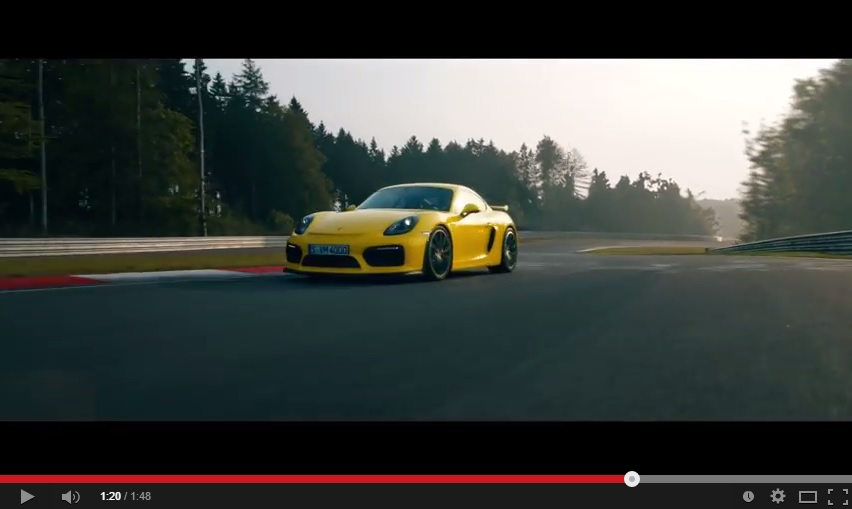