Every time the police goes after a stubborn and probably a young driver who thinks that the highway is just a playground like the Nurburgring bad things happen. This time, we can see a man driving his (perhaps stolen for that matter) Chrysler 300C somewhere in Korea (don’t worry it can’t be the North one) very fast. Police forces are all around him trying to stop the idiot and ensure the safety of the others. Unfortunately, the man behind the wheel of the Chrysler simply doesn’t want to stop and the next thing you know, the police goes berserk.

While trying to fight off the pursuit, the man obviously remembered some tricks he saw in Hollywood movies which often do not work in the real world. Finally, after almost two minutes of pursuit the police stopped him and tried to force him out of the vehicle. He did not obey and the only one thing was left to be done – to break into the car. Honestly, we assumed that South Korean Police had some kind of a device which could be used to break into a car by smashing the window to pieces or something along those lines. They did not have it! They did have a shovel and with a powerful blow they broke into the car arresting the idiot.
Even though the pursuit was quite exciting the most interesting part is actually when the good guys try to break into the cabin. It might be that this Chrysler 300C is an armored car because the amount of effort that went into breaking the windshield is surprisingly high.
Nevertheless, the video went viral and the Hyundai Elantra was the real hero because Policemen used it to catch the idiotic driver.

Every time the police goes after a stubborn and probably a young driver who thinks that the highway is just a playground like the Nurburgring bad... 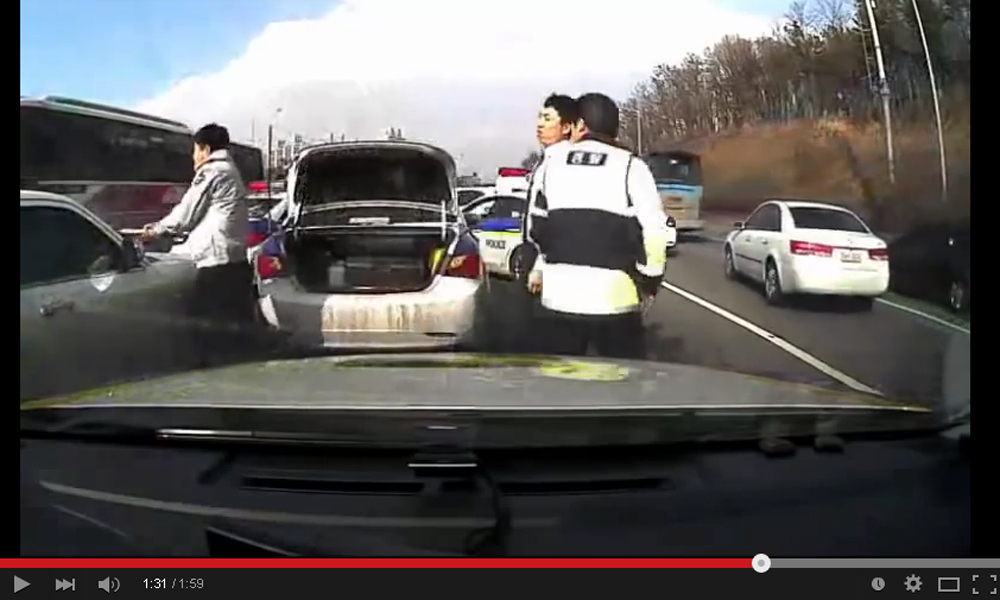