Long, long time ago when Internet was not available and when mobile phones were deep in the Motorola Laboratories in the US, European car enthusiasts (especially younger) had only one car in mid – the GTi. Not that GTI. Golf was very successful and good, but the French had Peugeot GTi and that one with small letter “i” on the back was the fastest. However, the times have come when Peugeot lost its way with sportiness, with anything exciting and started to make cars appealing only to a selected few who liked their styling appearance. Basically, the Peugeot lost GTi, up until now!

The new kid is on the block – it is called the Peugeot 308 GTi and it just might be one of the best hot hatches in the last ten years. Apart from the upscale styling (it looks great no wonder there), interesting interior concept that differs it from any other car and rather low height, the Peugeot 308 GTi has a few more aces in its sleeve. The car is the lightest four door hot hatch on the market. With 2.656 lbs, this thing is more than 200 lbs lighter than any counterpart including the Golf GTI, the Renault Megane RS, the Ford Focus ST or any other. That definitely counts when it comes to driving characteristics finally tuned on the Europe’s best race circuits.
The car is powered by small 1,6 liter turbocharged engines developing 250 HP in its base form and 270 HP in the top notch spec. The more powerful car receives Torsen limited slip diff, 19 inch wheels and it can accelerate to 62 mph in 6 seconds flat (6,2 seconds for 250 HP version). These is some serious performance which position the Peugeot 308 GTi on the same level with the best German hot hatches.

Long, long time ago when Internet was not available and when mobile phones were deep in the Motorola Laboratories in the US, European car enthusiasts... 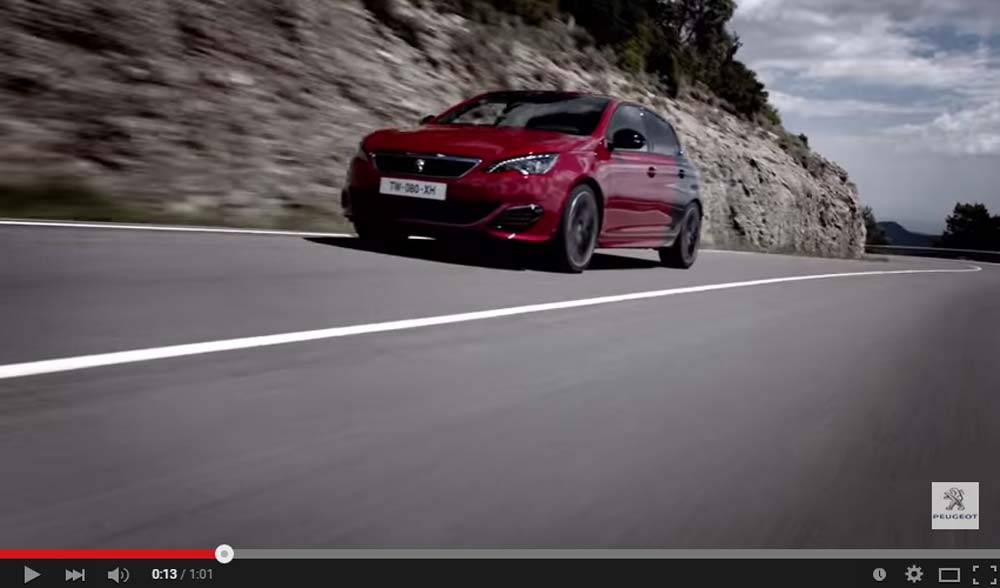