Peugeot has unveiled their concept car which seeks to answer all of the needs of a young active city dweller.  They introduced one of their beauties at the Paris Motor Show called the Peugeot HR1 Concept 2010. It’s really hard to put where to categorize this concept car because its body shape is a blend of different genres, it’s a coupe, SUV and a compact city runaround vehicle.

The styling department of Peugeot is still on cue despite HR1’s size.  Showing its expressive headlamps on the front fascia and an extended grill, this concept car still gives a muscular impression.

Under the hood is the company’s HYbrid 4 technology incorporated on its power plant.  This uses a new 1.2 liter 3 cylinder petrol engine giving life to its front wheels while an electric motor is also situated to give added power on the rear wheels.  The petrol engine produces a respectable 110 bhp and helped by its electric motor for an additional 37 bhp.

This concept car mixes all the elements to come up with one brilliant idea.  This may not be fast, agile or as good as performance driven cars but Peugeot gave a solution to a lot of needs of different people and they gave us just one answer…the HR1 concept. 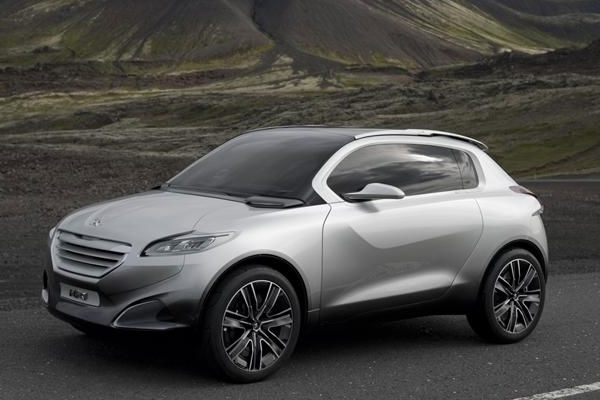 Peugeot has unveiled their concept car which seeks to answer all of the needs of a young active city dweller.  They introduced one of their beauties...