A glowing car! Huuhh, that sounds crazy. Would you like to have it? You would, wouldn’t you!? We would too, but there is one problem – it is very hard to acquire it. Some companies over the world offer some kind of glowing paint you could apply to the car, but the real deal still isn’t out there. However, press play here and watch how it looks to have a car that would glow during night. Nissan released the Leaf (that electric car thing) which has special coating on the outside which enables it to absorb UV light during the day and release it during the night. This coating has been developed by the inventor Hamish Scott and Nissan really made everything in their  power to make it as production ready as possible.

However, this is not a production ready color. In order to make all of this work flawlessly, Nissan had to use some rare earth materials which made this color absolutely unsuitable for production. They could not make it in large quantities even if you really wanted it and paid a gazillion dollar for it. Nevertheless, enjoy it for now and take a look at this impressive Leaf which glows like Easter Christmas tree in the dark.

Some reported that the paint should last for 25 years and that the thing got a rather unusual name – STARPATH. All we know is that this would be rather nice to see on some cars during the night. Safety on the roads might be greatly enhanced, and everything would look like a sci-fi movie, which is, well, great.

Imagine a self driving electric car that glows. That’s some crazy stuff that we would expect to come out of Steven Spielberg head, but hey, there it is – on the road! The only real question is when will the automotive world find another way for making this a series production piece. We doubt that they would have problems selling it to the public.

Nissan Revealed a Leaf That Glows In The Dark – Literally

Nissan Revealed a Leaf That Glows In The Dark – Literally

A glowing car! Huuhh, that sounds crazy. Would you like to have it? You would, wouldn’t you!? We would too, but there is one problem - it is very... 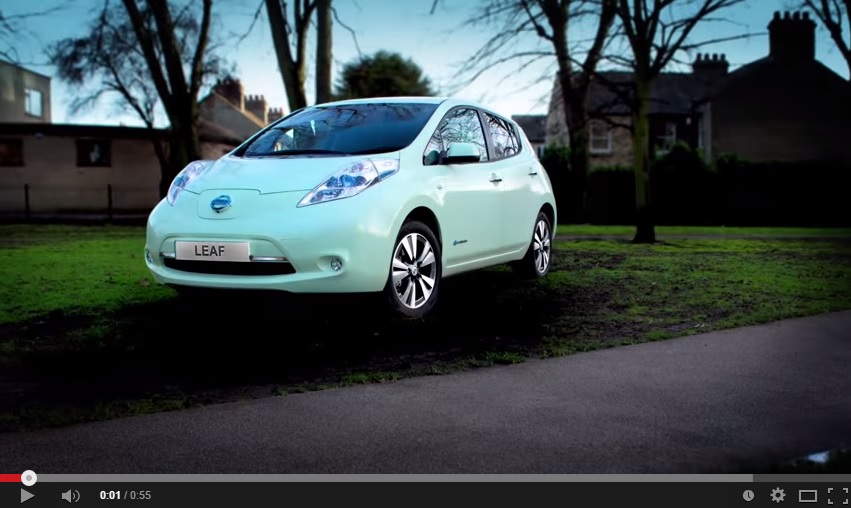