The Nissan Leaf is by far the most produced electric car in the world. Nissan produced almost 150.000 units many of which work perfectly. The largest market for the car is, of course, the market in the US, but it seems that this nicely done electric vehicle manages to find its way in Europe as well.

To celebrate the immense success of this car, Nissan released a video in which it states that the Nissan Leaf covered 1 billion kilometers up to now (more than 621 milion miles). In this video, Nissan made rather mind boggling calculations about the path 147.000 Leafs made over the years. It turns out that the Nissan Leaf circumnavigated the world 24.953 times in less than four years and this astonishingly “goosebumping” video shows how far the human kind has come in just four years.

The question is, how far are we going to get in the next four years. Are we going to buy more electric cars than ever, are we going to save the world we live in and are we going to make the streets safer, quieter and faster. Nissan is at the forefront of the electric car revolution. We wonder will the gas prices steer us back to petrol powered cars or are we powerful enough to resist the urge of elders and try to change the world once and for all. This video proves that motorists from all over the world can make a difference.

The Nissan Leaf is an electric car that was unveiled back in 2010. With its 80 kW engine and large lithium ion batteries, the car is able to commute 120 miles on one charge.

Nissan Leaf Passed Billion Kilometers – Nissan Made a Video About It

Nissan Leaf Passed Billion Kilometers – Nissan Made a Video About It

The Nissan Leaf is by far the most produced electric car in the world. Nissan produced almost 150.000 units many of which work perfectly. The largest... 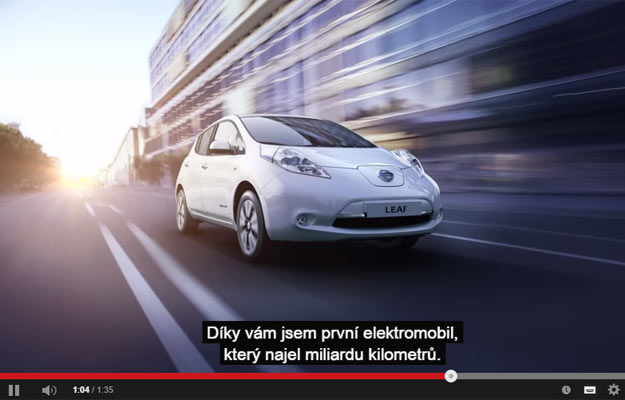