The Nissan GTR is another astounding car that redefines our thinking about automotive speed. This is a car produced with Japanese expertise and they have thought of every angle and every crease placed on this piece of madness. It is a four wheel drive car and designed to take the flow of the air to its big rear spoiler, even the door mirrors is designed to do the same. This allows the GTR to have absolute stability and it was actually built by Nissan to be good in corners. Being a sports car, the GTR is amazingly comfortable and smooth sailing on the road. This only shows that Nissan has given a lot of thought before they have let the GTR out of its cage.
Nissan placed at the heart of this machine a 3.8 liter twin turbo charged V6 engine. It’s really hard to tell how much break horsepower or torque the GTR can actually produce because each engine is handmade and each one is a little bit different. Roughly an average of 475 bhp and 435 lb ft of torque can be unleashed by the power plant placed under the hood. One thing you would surely know is that acceleration is just savage (it is said that it can go 0-100 kph in 3.3 sec or less). This is the car that is the better rival of the Mitsubishi Evo X. With the price tag surprisingly close with the Evo X, Mitsubishi may have to think twice and come out with a better competition. 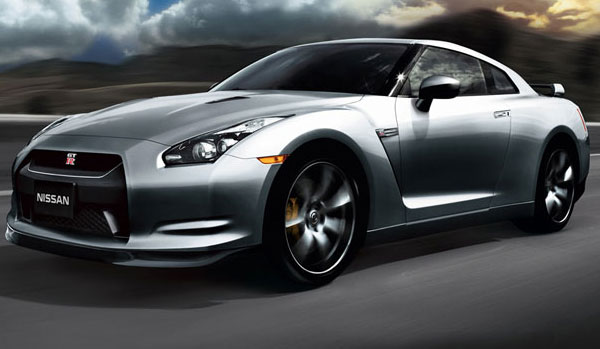 The Nissan GTR is another astounding car that redefines our thinking about automotive speed. This is a car produced with Japanese expertise and they...