Nissan unveiled a concept car aimed to the young people in emerging markets. This was previewed at the Shanghai Auto Show and revealed tiny yet sporty compact hatch. The design concept seems to be closely patterned to the Nissan Micra though there are still a lot of differences that can be seen. The concept car measures 1,444 mm tall and 3,482 mm long.

Nissan described the model as a Compact Sport Concept targeted for young customers in emerging market like China. With the looks and styling of this car, it can surely go beyond China and find appeal to the hearts of the younger generation of other countries.

Under the hood is a turbocharged direct injection 1.6 liter four cylinder engine. The power plant is mated to an Xtronic CVT M6 Transmission and this transmission allows the concept car to shift manually in a six gear mode. The power output is reached at 188 bhp with 177 lb ft of torque.

Nissan made one good concept car and can definitely appeal to the young generation. With its sporty appeal and masculine power, I do hope this can make it through production. The powerful heart can still transcends to the aggressiveness of its design and it’s not a disappointment in the motoring world. 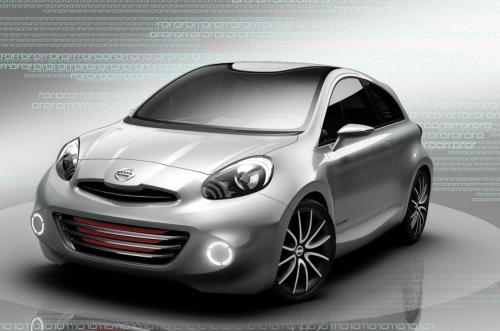 Nissan unveiled a concept car aimed to the young people in emerging markets. This was previewed at the Shanghai Auto Show and revealed tiny yet...