The Geneva Motor Show is a place where beauty happens. So much sports cars have been revealed during the past week that it is actually hard to follow them all. Honda did a magnificent job with their Civic Type R, but we have to say that supercar makers were the real stars. Here, in this video you can see and learn a lot about the newest Porsche car dubbed the 911 GT3 RS (here you can see last one). Yes, it is as fast as it sounds. Here, the car is driven and presented by the Porsche works driver from New Zealand Brendon Hartley who took the thing for a spin at the Nardo.

We remember that Porsche had some problems with their latest GT3, but the GT3 RS you see here is absolutely modified and newly developed monster. Hartley took the car to Nardo and thrashed it on the track. The video depicts the journey and in a few moments you can really see and feel the absolute brute force of the 911 GT3 RS.
Apart from developing a new suspension, taking the best things from the road going 911 and mixing it with race car elements, the Porsche 911 GT3 RS received a whole new engine. It is a recently developed four liter six banger with exactly 500 HPs on tap. The kick is so brutal it accelerates the car to 62 mph in 3,3 seconds and with adrenaline still pumping your veins, the speedo shows 125 mph after 10,9 seconds after start. It is a fast car which will probably set the bar a little higher in its segment. Watch the movie and enjoy the lunacy of Porsche designers who created a road going car that is actually fully capable for racing.

The Geneva Motor Show is a place where beauty happens. So much sports cars have been revealed during the past week that it is actually hard to follow... 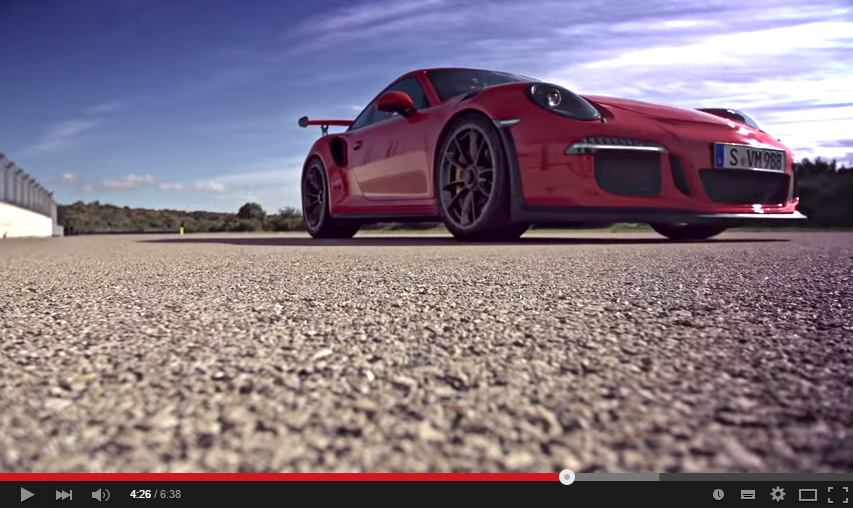