Back in time some cars weren’t built using metal, but wood. It’s relatively light, cheap, it is easy to work with and unlike metal it can be easily replaced. However, nowadays, only a few manufacturers use wood for anything else apart from creating a better looking dash. One of them is Morgan (remember this fabulous concept from them), who built a few cars with chassis built entirely from wood. However, at this year’s Geneva Motor Show they revealed a car which has some wood in it, but again, only on the dash. The Morgan Aero 8 was revealed and its chassis is made out of aluminum, it’s body as well and all of that added up to a car that is apparently “the most refined Morgan to date”.

Here you can see a promotional video of the car which, frankly, looks bizarre and amazing at the same time. Styling characteristics Morgan is known for remained dominant on the newest Aero 8, but the car has been improved considerably. With stiffer chassis, better sorted out suspension, even more parts sourced from BMW (new rear diff, transmission and engine included), the Morgan Aero 8 simply shines as a beautiful small company effort and it still reminds us that small British manufacturers are on the right track.
Promotional video doesn’t show us much. We can see how a big bag can fit in the trunk, how awesome the 4.4 liter V8 sounds, how the car can drift and how mesmerizing it looks thundering down the British landscape. This is luxury at its best. It maybe isn’t as posh as an Aston, or as monstrous as a Jag F-Type, but it is more exclusive than both of them and that is what counts.

Back in time some cars weren’t built using metal, but wood. It’s relatively light, cheap, it is easy to work with and unlike metal it can be... 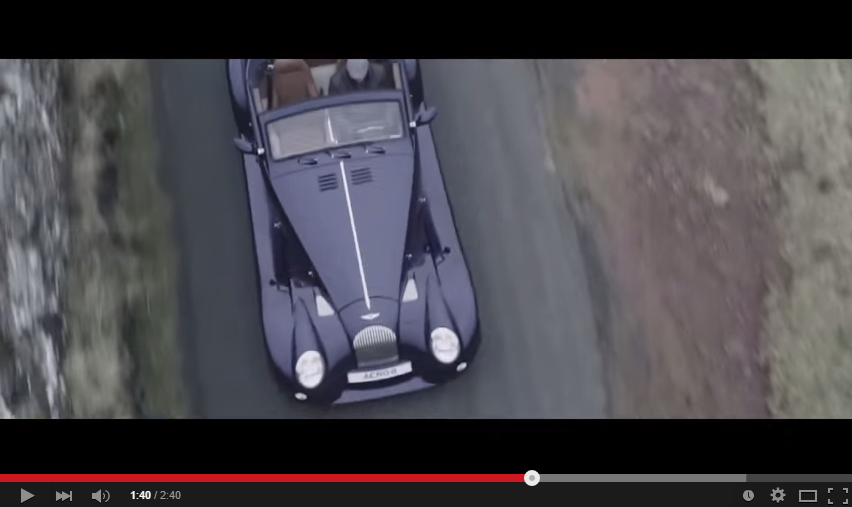