Even though the Mercedes G63 AMG 6×6 is out of production, Mercedes released a new video once again showing the off road credentials of the mighty monster. As a refresher, the Mercedes G63 AMG 6×6 is a G-class based pick-up with six wheels on all of which the power can be transferred. With the five differentials, higher ground clearance in comparison with any other G-class (except that G500 4×42 which is basically a successor) and other off road specialties, the G63 AMG 6×6 is a rather egzotic ride whose main habitat seem to be the sand dunes of Middle East.

Now, Mercedes tends to show that the thing can be a beast on rocky terrain as well. With the film set set in Tuscany, the monstrous G63 AMG 6×6 is shown to be more than capable of conquering any challenging terrain in front of it. By employing its 5.5 liter twin turbocharged V8 engine with 544 HP, the G is capable of wonders. That is not surprising considering that the car cost went almost to seven figures.
At first, Mercedes wanted to create and sell up to 30 units of the 6×6 G, but the market demand was so high that they’ve produced around 100 vehicles. Actually, the real number is unknown, but the annalists are sure that Mercedes built 100 units. They’ve stopped there for a good reason. In order to keep the car exclusive and available for only a few chosen, Mercedes had to stop with the production even though many of the world’s wealthiest car collectors had an eye set on the thing.
Now, with the release of this video, Mercedes teases us once again with the mighty car that already achieved legendary status.

Even though the Mercedes G63 AMG 6x6 is out of production, Mercedes released a new video once again showing the off road credentials of the mighty... 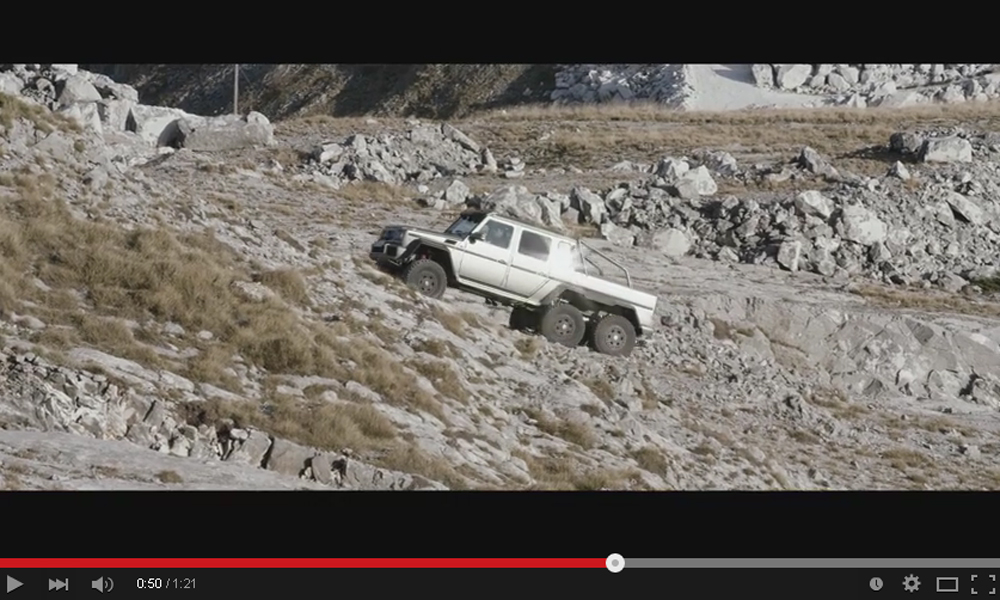