The Furious 7 will reaches the cinemas and theaters on the 3rd April 2015, but now, we have the new trailer showing what we can expect in the movie. Apart from the well known actor crew, we will enjoy watching the Furious 7 with Jason Statham fighting with the well known figures from the previous iterations of the movie. Unfortunately, we won’t see Paul Walker in this movie, who died in a car crash last year.

This trailer that was actually presented during the Super Bowl shows us a bit more action that those before. First of all, we have the opportunity to see a new car starring its role in the movie. With the Lycan Hypersport, everything just got biblical proportions. This car costs 3,4 milion USD  and we guess they’ve used the replica for filming the scene of the car jumping from one building to another. Apart from the Lykan Hypersport (which apparently can hit 245 mph), the movie teems with supercars such as McLarens, Ferraris, Lamborghinis and other. However, the real stars will be the American muscle cars as well as the Japanese pocket rockets.

All in all, this one will not be the last Fast and Furious movie. Universal Studios announced earlier that they’ll make at least three sequels so we will have the opportunity to enjoy car races and ultimate action in the future as well.

The Furious 7 will reaches the cinemas and theaters on the 3rd April 2015, but now, we have the new trailer showing what we can expect in the movie.... 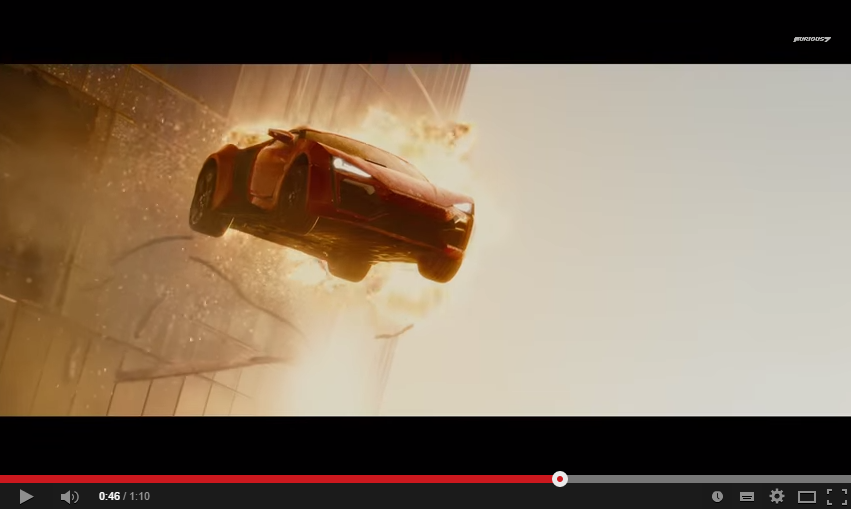