Let us face it! There is no replacement for displacement and this video proves it once again. Take a look at the America’s unlimited ultimate muscle cars that can steer your soul into oblivion just by listening to their engines purr or whatever the hell they are doing. This is a head to head comparison of the 2016 Ford Mustang Shelby GT350R and the 2015 Chevrolet Camaro Z/28. It is every bit good as you would expect partly because it was done by Motor Trend Channel and mainly because it features the world’s most insane cars ever.

To put the numbers into perspective, we’ll emphasise that the Ford is powered by a 5.2 L V8 with 526 hp channeled to the rear via a six-speed manual gearbox. On the other hand, the insane Camaro has a simply outrageous engine underneath. with the capacity of 427 cubic inches. For you, newcomers, that means seven liters of capacity – naturally aspirated capacity! 505 hp is the end result and here a manual six-speed transmission pushes all that to the back. Words that could describe this insanity simply have not been invented yet, but we can say, with great certainty, that these two are the purest sports muscle cars money can buy. Period.
The performance is not the most important here. Many other super clever cars are faster and smarter, but none of them are as exciting, as lovable and as fun as these. These things are ready for the race track with all the serenity of the proper sports stuff on it screaming simplicity and racing. This is what we like about the US. And yes, Ford is far more refined, which is good.

Muscle Cars Unleashed With The Sound Of Gods

Muscle Cars Unleashed With The Sound Of Gods

Let us face it! There is no replacement for displacement and this video proves it once again. Take a look at the America’s unlimited ultimate... 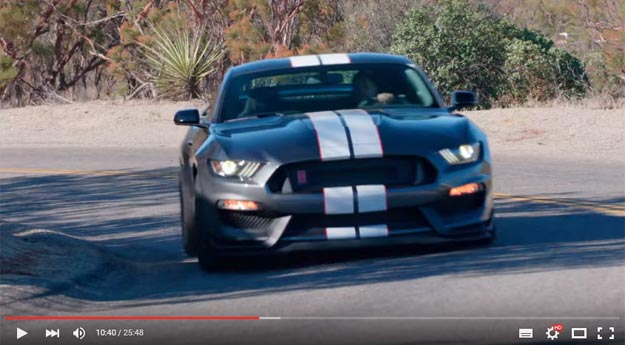