Finally we are able to see a proper head to head test of the McLaren P1 and the Porsche 918 Spyder. After Top Gear tried to convince Ferrari to let them test the P1 vs the 918 vs the LaFerrari and failed to do so, we lost any hope of seeing any of these cars in a proper test facility. However, Motor Trend Channel kicked in the game and finally tested the McLaren P1 and the Porsche 918 Spyder the right way. Ferrari wasn’t here this time, and we suspect that they will never let their LaFerrari be tested against its biggest two rivals.

Nevertheless, the 22 minute video embedded here will show you everything you want to know about the two of the world’s most impressive hypercars. By comparing them in every measurable and unmeasurable way, Motor Trend Channel was able to come up with a conclusion. There really is one winner here, but to be perfectly honest, both of these cars are so astonishing that they deserve to be called the kings of the car world.
Powered by insanely powerful hybrid systems kicking out more than 900 HP, the McLaren P1 and the Porsche 918 Spyder are the fastest, the most impressive and the most capable cars that ever roamed the earth. Both of them get to 62 in much less than 3 seconds, both of them can go much, much more than 200 mph and both of them can run only using electricity. If that is not impressive enough then we have to reveal one little secret. Motor Trend Channel tested them on the Laguna Seca Speedway and both cars are three seconds faster than the next fastest (production) thing ever tested on the track. Interestingly, that “thing” happens to be the Dodge Viper SRT.

Finally we are able to see a proper head to head test of the McLaren P1 and the Porsche 918 Spyder. After Top Gear tried to convince Ferrari to let... 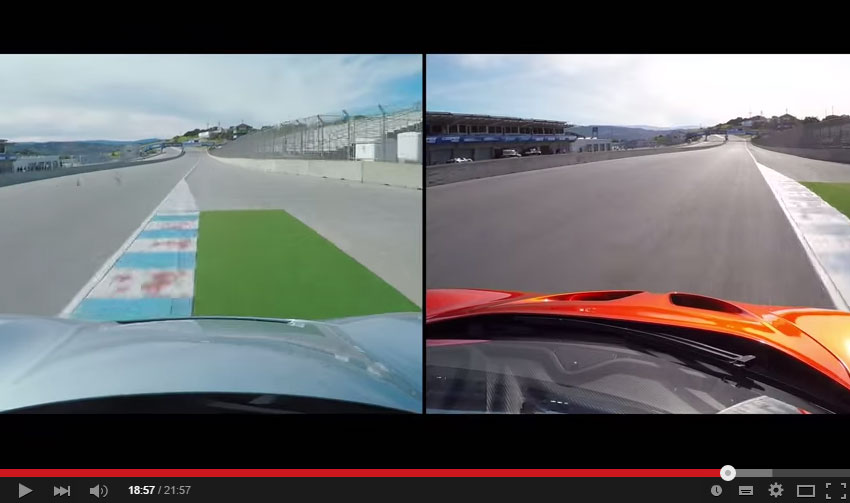