Is there anyone in the world who hasn’t played Gran Turismo or at least seen it at one point in his life!? The game raised so many petrolheads it is hard to think that anyone interested in cars does not know about the ultimate gaming device that so realistically portrays the act of driving. The thing went huge in recent years and after the Gran Turismo 6 was released, major car companies (Mercedes, Citroen, Renault, BMW, Infiniti and others) made their contribution to it by creating one-of concept sports cars that are featured in the game.

Mini did the same and by releasing the impressively looking Mini CLubman Vision Gran Turismo, the British based company found its way into the most amazing virtual driving game that ever was.
The car they’ve released was tested in real world. One unit has been built and the measures to improve the aerodynamics, cornering and every other part of the vehicles went so far that the Mini could create a real track car thanks to obtained information. The project Vision Gran Turismo has been made in effort to celebrate the 15 years of Gran Turismo game franchise and many of world’s top manufacturers made a car. According to Mini this one is powered by an engine producing 395 HP and with the four wheel drive and extreme track equipment it is able to hit 60 in 3,5 seconds while it can reach 180 mph.
As it is reported by the Mini and by the Gran Turismo creators, the car will be available for free for anyone who updates the game with the new additions one of which is this beautifully looking car.

Is there anyone in the world who hasn't played Gran Turismo or at least seen it at one point in his life!? The game raised so many petrolheads it is... 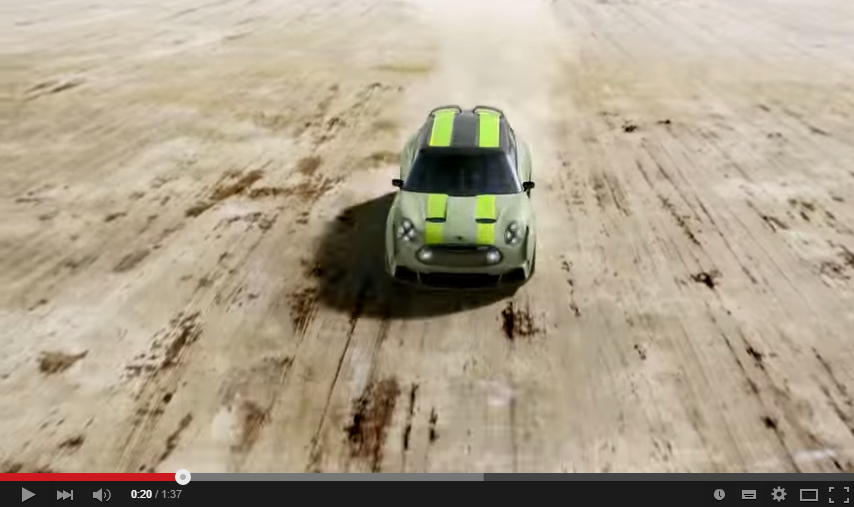